The World of Goods 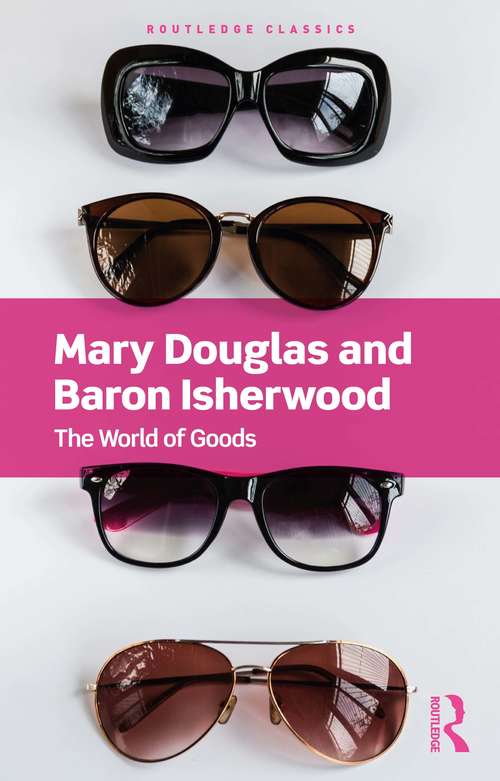 It is well-understood that the consumption of goods plays an important, symbolic role in the way human beings communicate, create identity, and establish relationships. What is less well-known is that the pattern of their flow shapes society in fundamental ways. In this book the renowned anthropologist Mary Douglas and economist Baron Isherwood overturn arguments about consumption that rely on received economic and psychological explanations. They ask new questions about why people save, why they spend, what they buy, and why they sometimes-but not always-make fine distinctions about quality.

Instead of regarding consumption as a private means of satisfying one’s preferences, they show how goods are a vital information system, used by human beings to fulfill their intentions towards one another. They also consider the implications of the social role of goods for a new vision for social policy, arguing that poverty is caused as much by the erosion of local communities and networks as it is by lack of possessions, and contrast small-scale with large-scale consumption in the household.

A radical rethinking of consumerism, inequality and social capital, The World of Goods is a classic of economic anthropology whose insights remain compelling and urgent.