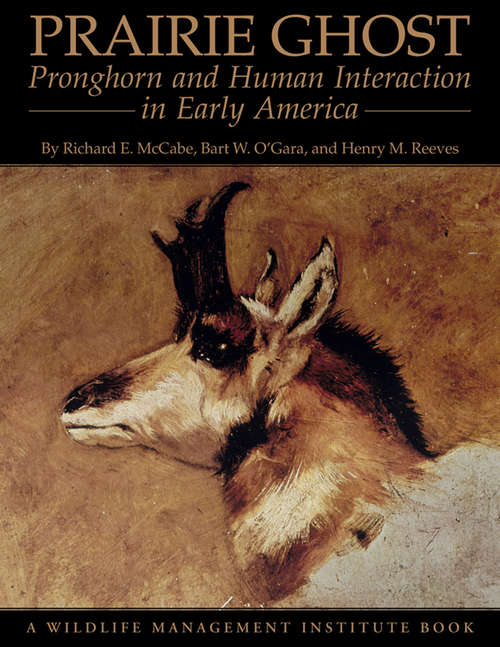 In this lavishly illustrated volume Richard E. McCabe, Bart W. O'Gara and Henry M. Reeves explore the fascinating relationship of pronghorn with people in early America, from prehistoric evidence through the Battle of Little Bighorn in 1876. The only one of fourteen pronghorn-like genera to survive the great extinction brought on by human migration into North America, the pronghorn has a long and unique history of interaction with humans on the continent, a history that until now has largely remained unwritten.

With nearly 150 black-and-white photographs, 16 pages of color illustrations, plus original artwork by Daniel P. Metz, Prairie Ghost: Pronghorn and Human Interaction in Early America tells the intriguing story of humans and these elusive big game mammals in an informative and entertaining fashion that will appeal to historians, biologists, sportsmen and the general reader alike.

Winner of the Wildlife Society's Outstanding Book Award for 2005