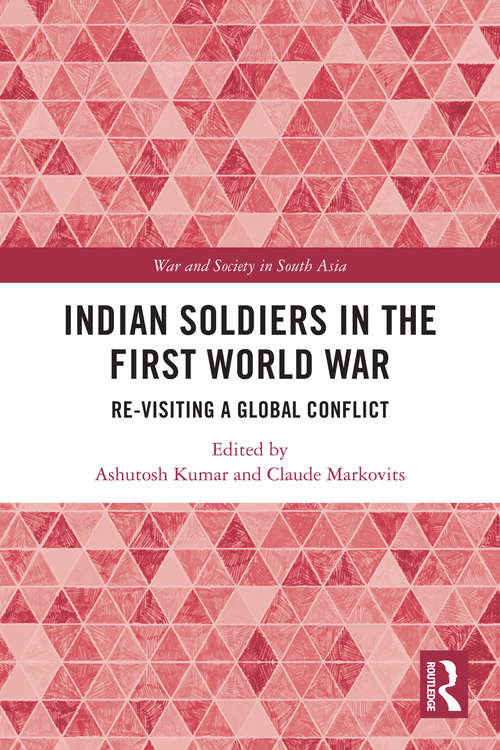 By: Ashutosh Kumar and Claude Markovits
Login
Sign Up

This book explores the lives and social histories of Indians soldiers who fought in the First World War. It focuses on their motivations, experiences, and lives after returning from service in Europe, Mesopotamia, East Africa, and Palestine, to present a more complete picture of Indian participation in the war.

The book looks at the Indian support to the war for political concessions from the British government and its repercussions through the perspective of the role played by more than one million Indian soldiers and labourers. It examines the social and cultural aspects of the experience of fighting on foreign soil in a deadly battle and their contributions which remain largely unrecognised. From micro-histories of fighting soldiers, aspects of recruitment and deployment, to macro-histories connecting different aspects of the War, the volume explores a variety of themes including: the material incentives, coercion and training which converted peasants into combatants; encounters of travelling Indian soldiers with other societies; and the contributions of returned soldiers in Indian society.

The book will be useful to researchers and students of history, post-colonial studies, sociology, literature, and cultural studies as well as for those interested in military history, World War I, and colonial history.