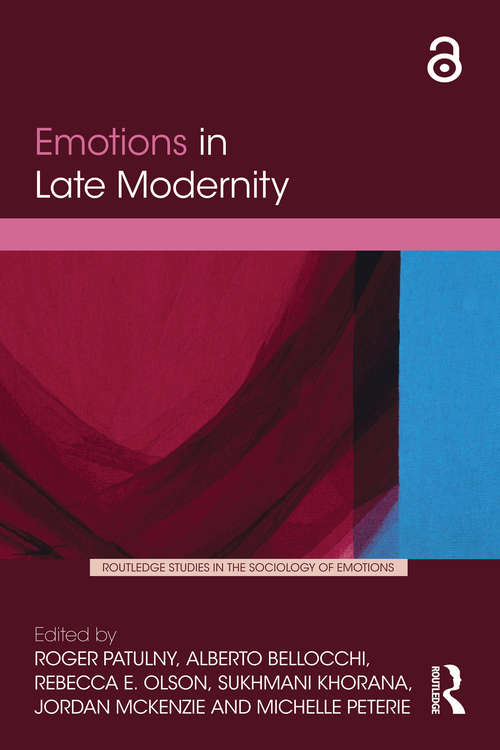 This international collection discusses how the individualised, reflexive, late modern era has changed the way we experience and act on our emotions. Divided into four sections that include studies ranging across multiple continents and centuries, Emotions in Late Modernity does the following:

Demonstrates an increased awareness and experience of emotional complexity in late modernity by challenging the legal emotional/rational divide; positive/negative concepts of emotional valence; sociological/ philosophical/psychological divisions around emotion, morality and gender; and traditional understandings of love and loneliness.

Demonstrates reflexive micro and macro management of emotions, with examinations of the ‘politics of fear’ around asylum seeking and religious subjects, and collective commitment to climate change mitigation.

The first collection to investigate the changing nature of emotional experience in contemporary times, Emotions in Late Modernity will appeal to students and researchers interested in fields such as sociology of emotions, cultural studies, political science and psychology.