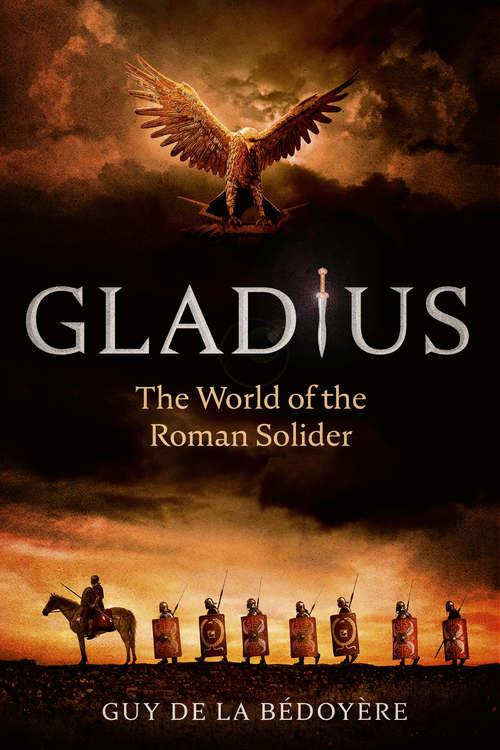 The Roman army was the greatest fighting machine in the ancient world. More than that, it was the single largest organization in Western antiquity, taking in members from all classes, from  senators to freed slaves. The Roman Empire depended on its army not just to win its wars, defend its frontiers, and control the seas, but to act as the very engine of the state.

In Gladius, Guy de la Bédoyère takes us straight to the heart of what it meant to be a part of the Roman army. Rather than a history of the army itself, or a guide to military organization and fighting methods, this book is a ground-level recreation of what it was like to be a soldier in the army that made the empire. Surveying numerous aspects of life in the Roman army between 264 BCE and 337 CE, Gladius—the Latin word for sword—draws not only on the words of famed Roman historians, but also those of the soldiers  themselves, as recorded in their religious dedications, tombstones, and even private letters and graffiti. Gladius reveals the everyday life  of these soldiers and their families, whether stationed in a bleak frontier garrison in Britain or North Africa, tasked with guarding the emperor in Rome, fighting on foreign battlefields, mutinying over pay, marching in triumph, throwing their weight around on city streets, or enjoying esteem in honorable retirement.

By illuminating the history of one organization that reflected all corners of the Roman world, Gladius gives us a portrait of an ancient society that is unprecedented in both its broad sweep and gritty intimacy.