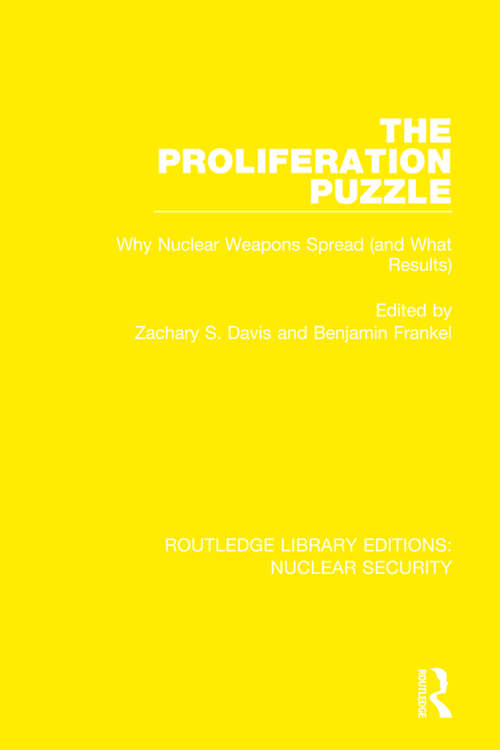 The proliferation of nuclear weapons is an ideal subject for social science scholarship, and such scholarship is especially timely now. Among the topics discussed in The Proliferation Puzzle are:

The building of nuclear weapons is a complex task touching upon many of the subjects of study at the core of social science and international relations. Nuclear weapons may be acquired as a hedge against external threat, for reasons of national prestige, or as a result of pressures by domestic coalitions among scientists, bureaucrats, and the military. They may be sought for defensive purposes or to support hegemonic aspirations. Nuclear weapons also raise questions about civilian command and control, especially in crisis situations.

During the last two decades the acquisition of nuclear weapons has been proscribed by the non-proliferation regime. The decisions countries made about acquiring these weapons and the manner they chose to build them serve as a test of the efficacy of this particular regime, and of international regimes more generally.

This book brings together scholars from different schools within international relations and the social sciences to address the question of why nuclear weapons spread. A disciplined, rigorous examination of proliferation is important not only for scholarship but also for informed policymaking. The purpose of social science is to formulate hypotheses and devise theories that advance our understanding of society and aid in the fashioning of enlightened policy. The essays in this volume show how explicit hypotheses about the causes and consequences of nuclear weapons proliferation provide a deeper understanding of the problem and suggest specific, theory-informed policy recommendations.