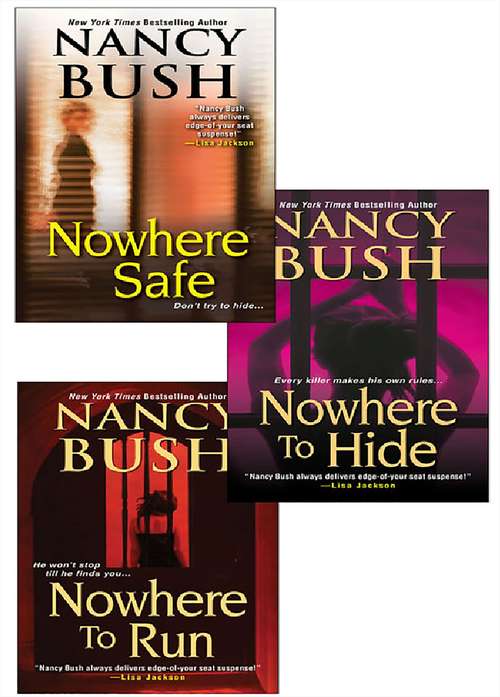 Some SecretsWhen Liv Dugan ducks out of work for lunch, it's just an ordinary day. When she returns, she stumbles onto a massacre. All her colleagues at Zuma Software have been shot. Only luck has left Liv unscathed, and that might be running out. . .Will Follow YouLiv suspects the shootings are tied to her past--and to the package she recently received from her long-dead adoptive mother. Sensing she's being followed, Liv jumps into a stranger's car and orders him to drive. Her "hostage" complies, listening carefully as her story unwinds. Skeptical at first, he ultimately begins to believe all Liv's fears are justified. . .To Your GraveTogether, Liv and her unlikely confidant try to uncover the truth about her adoptive family, her birth parents, and her troubled childhood. Because somewhere in Liv's past is a secret worth killing for, and a nightmare she can never outrun. . .There Are Sins"Do unto others. . ." Carefully, he carves the words into their flesh. The victims are all young, brunette, pretty. But she's the one he really wants. The others are just a way to ease the rage that has festered for years, until the only thing that calms him is his knife slicing through skin. . .You Never LiveDetective September Rafferty--Nine to her friends--recognizes the artwork that arrives in the mail. She created it back in second grade. Now a killer's words are slashed across it in what looks like blood. He knows her. September's investigation leads to her old classmate, Jake Westerly. She wants to believe Jake is innocent. But trusting anyone could be her last mistake. . .To RegretEvery slight, every slur, he remembers them all. They turned him into a monster, and now they will suffer for it. Starting with September, he'll show them that the past can never stay hidden, and the time of vengeance is at hand. . .The GuiltyShe senses their twisted desires before she meets them. It's as if fate is helping her stop these monsters from preying on others the way she was preyed upon. And after she has delivered brutal justice, she'll let the whole world see their guilt. Will Atone"I must pay for what I've done." The first victim--naked, bound, frozen to death--wore the note strung around his neck. Now there's another note--this one attached to Detective September Rafferty's own stepbrother. Stefan survives, but September is sure he knows more than he's saying. Someone is eliminating suspected sexual predators. And the only thing more dangerous than a madman is a killer who's ruthlessly sane.