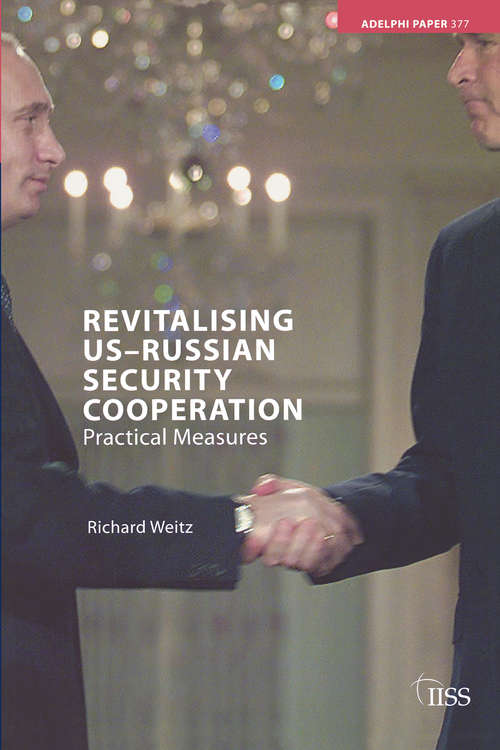 Russia and the United States are the most important countries for many vital security issues. They possess the world’s largest nuclear weapons arsenals, are involved in the principal regional conflicts, and have lead roles in opposing international terrorism and weapons proliferation. Despite persistent differences on many questions, mutual interests consistently drive Russians and Americans to work together to overcome these impediments.

This Adelphi paper argues that opportunities for improving further security cooperation between Russia and the United States exist but are limited. Near-term results in the areas of formal arms control or ballistic missile defences are unlikely. The two governments should focus on improving and expanding their joint threat reduction and nonproliferation programmes, enhancing their military-to-military dialogue regarding Central Asia and defence industrial cooperation, and deepening their antiterrorist cooperation, both bilaterally and through NATO. Using more market incentives, expanding reciprocity and equal treatment, and limiting the adverse repercussions from disputes over Iran would facilitate progress.

Russia and the United States will not soon become close allies, but they should be able to achieve better security ties given that, on most issues, their shared interests outweigh those that divide them.