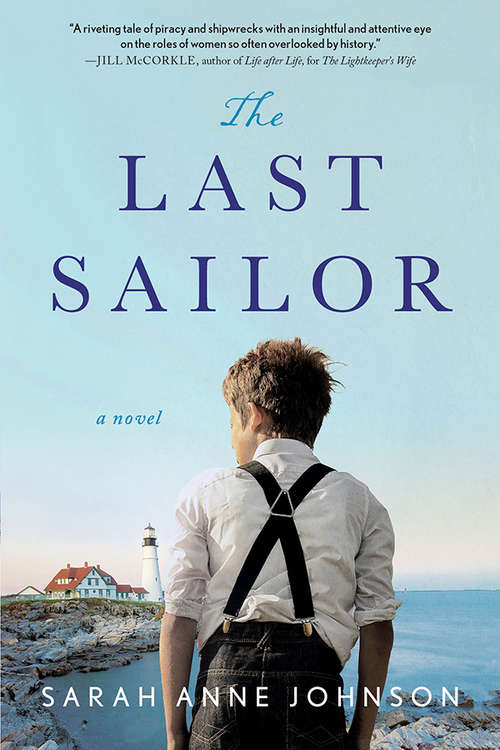 "There is real life in Sarah Anne Johnson's new book, and genuine family drama too, all grounded in an authoritative evocation of old Cape Cod's waterways, marshes, and waterfront towns. The Last Sailor is memorable, clearly seen, and deeply felt."—Jon Clinch, author of Marley and FinnFrom the author of The Lightkeeper's Wife comes a poignant and powerful historical novel about grief, redemption, and brotherhood set on the shores of Cape Cod.Cape Cod, 1898: All that Nathaniel Boyd wants is to be left alone. His hopes of marriage died years ago, not long after the storms and the seas and the sails took away his youngest brother. He'd rather be in the marshes of Cape Cod, with their predictable rhythms and no emotion. The Cape doesn't blame him for the accident.The other Boyd brother, Finn, dives headlong into his fish trading company, trying to prove something to himself. When their father asks the brothers to sail a schooner down from Boston to their harbor village, he didn't expect them to bring back a young girl fleeing her home, much less a girl who slips off the boat and nearly drowns. The Boyd men take Rachel to the nearest home to the harbor—that of Nathaniel's first love, Meredith.As Rachel's recovery brings Nathaniel back into Meredith's world, nothing will be the same. And when their father dies and upends the world as they know it, Finn spins into a violent rage. Nathaniel will be forced to sail his own ship, taking command of his family and of his future.For fans of Sold on a Monday by Kristina McMorris and Lost Boy Found by Kirsten Alexander, The Last Sailor is the painful, but hopeful story of two boys scarred by the loss of their brother, and the men they know they must become.