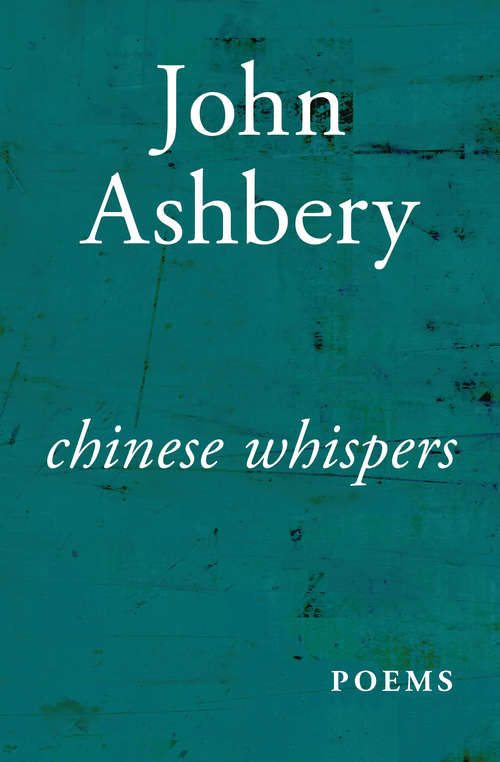 John Ashbery's restless, witty meditation on aging and the music of change: A must-read collection from America's greatest modern poetThe child's game Chinese Whispers, known in America as Telephone, is an exercise in transforming the recognizable into something beautifully strange. John Ashbery's twenty-fourth collection of poems, Chinese Whispers, re-creates in every line the accidentally transformative logic of the language game for which the book is named. In sixty-three charged and often very funny poems, Ashbery confronts the relentlessness of age and time while demonstrating, in his unmistakable, self-reflexive style, the process by which a single thought unravels, multiplies, distends, travels, and finally arrives, changed and unfamiliar. First published in 2002, shortly after Ashbery's seventy-fifth birthday, Chinese Whispers is a collection in which fairy tales, mysteries, and magic dollhouses interleave effortlessly with the everyday of pancakes and popular culture. Ashbery's language is absolutely recognizable from modern life as it is experienced, but at the same time is as dreamlike and disquieting as intercepted transmissions from another world.