Pocahontas and the Powhatan Dilemma 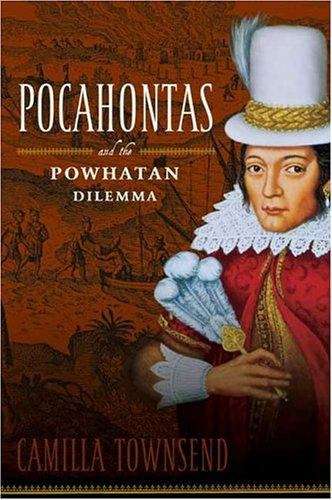 In reality, the English kidnapped Pocahontas in the midst of a war against her people, and kept her prisoner for many months while they waited for her father to agree to tribute payments of corn. Pocahontas ended the conflict when she converted to Christianity and married a colonist named John Rolfe. She and several of her family members then chose to travel to Europe, not as prisoners but as free agents intent on gathering information that might clarify the Al-gonkians' future course.

The mythical Pocahontas who loved John Smith, the English, the Christian faith, and London more than she loved her own father or people or faith or village deeply appealed to the settlers of Jamestown and the court of King James. All these storytellers subverted her life to satisfy their own need to believe that the Indians loved and admired them (or their cultural forebears) without resentments, without guile. She deserves better. A woman as brave as Pocahontaswho endured a kidnapping, explored an alien faith, dared to marry a foreigner, and faced the voyage across the sea for the sake of her peopledeserves a great deal more. She was as brave as all her peoplenot a simple joyful worshipper of English men or power, but a real and complicated woman with her own plans, goals, and ideas. She is worthy of our respect, not condescension.