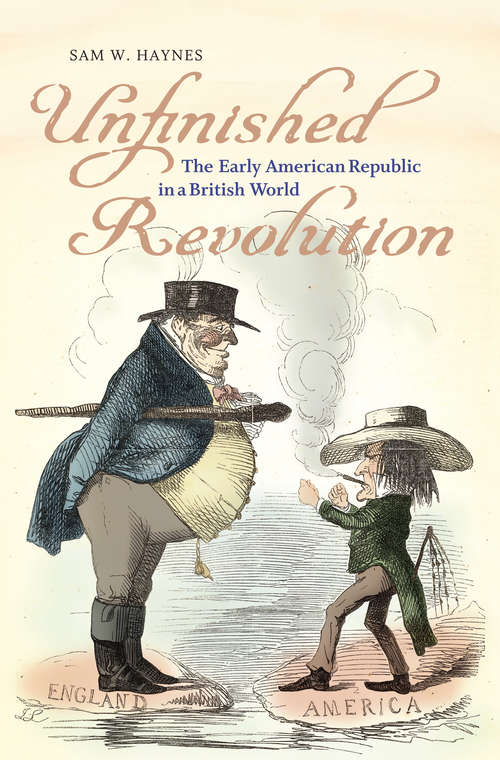 satellite of the world's most powerful empire. Though political independence had been won,

John Bull intruded upon virtually every aspect of public life, from politics to economic development

to literature to the performing arts. Many Americans resented their subordinate role in the

transatlantic equation and, as earnest republicans, felt compelled to sever the ties that still

connected the two nations. At the same time, the pull of Britain's centripetal orbit remained

strong, so that Americans also harbored an unseemly, almost desperate need for validation from the

nation that had given rise to their republic.The tensions

inherent in this paradoxical relationship are the focus of Unfinished Revolution.

Conflicted and complex, American attitudes toward Great Britain provided a framework through which

citizens of the republic developed a clearer sense of their national identity. Moreover, an

have tended to see in the young nation the superpower it would become. Haynes here argues that, for

all its vaunted claims of distinctiveness and the soaring rhetoric of "manifest destiny,"