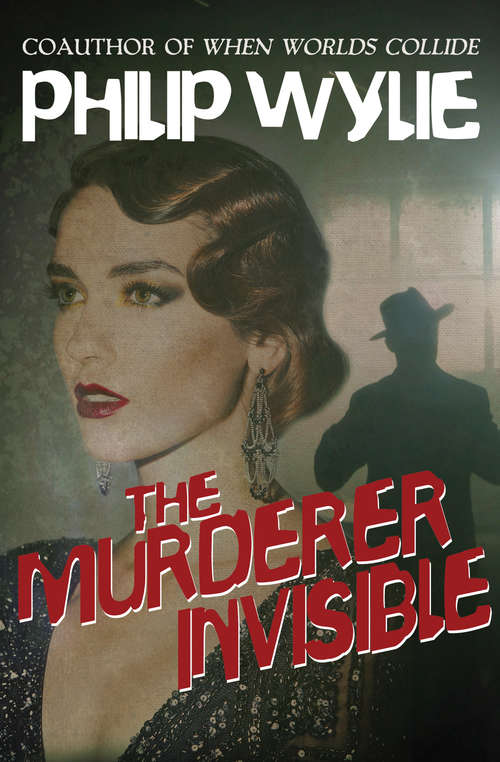 A vengeful scientist uses his brilliant discovery to unleash terror on the world in this timeless science fiction classic from an early-twentieth-century master The scientific community has always shunned William Carpenter. A strange, hulking giant, a talented biochemical investigator, and the self-styled "greatest mind in the western world," he has locked himself inside a house with no windows, in the most desolate reaches of New Jersey, where he can conduct his experiments in peace and isolation. Here in his personal sanctuary, Carpenter has found something astonishing that could alter life on Earth as we know it: a chemical compound that can render all matter invisible, from rocks to plants to people. But the twisted genius has no intention of using this breakthrough to benefit the planet. Instead, he is about to declare war on all humankind by launching an unseen campaign of terror and destruction. For years the world has ignored William Carpenter, labeling him insane, sociopathic, or worst of all, insignificant. And now the world will have to pay. The early works of novelist, editor, short story writer, essayist, and screenwriter Philip Wylie were primary influences on the creation of characters like Flash Gordon, Superman, and Travis McGee. First published in 1931, The Murderer Invisible takes H. G. Wells's classic Invisible Man several giant leaps further, resulting in a chilling tale of madness and science run amok that is at once a gripping adventure and a prescient commentary on man and society.