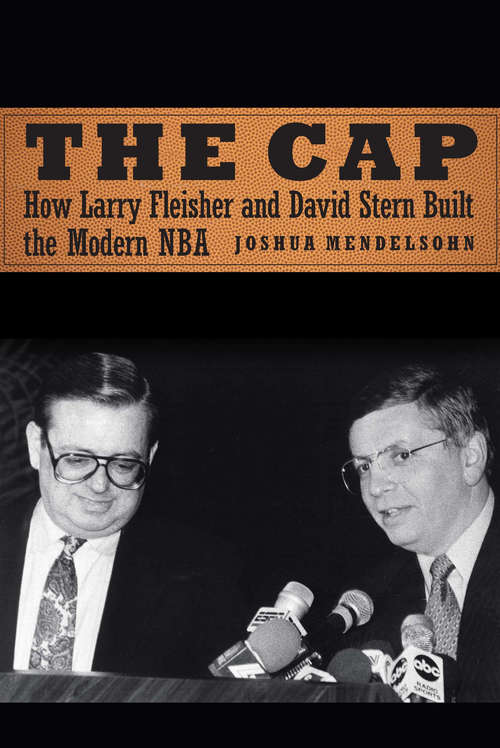 Today the salary cap is an NBA institution, something fans take for granted as part of the fabric of the league or an obstacle to their favorite team&’s chances to win a championship. In the early 1980s, however, a salary cap was not only novel but nonexistent. The Cap tells the fascinating, behind-the-scenes story of the deal between the NBA and the National Basketball Players Association that created the salary cap in 1983, the first in all of sports, against the backdrop of a looming players&’ strike on one side and threatened economic collapse on the other. Joshua Mendelsohn illustrates how the salary cap was more than just professional basketball&’s economic foundation—it was a grand bargain, a compromise meant to end the chaos that had gripped the sport since the early 1960s. The NBA had spent decades in a vulnerable position financially and legally, unique in professional sports. It entered the 1980s badly battered, something no one knew better than a few legendary NBA figures: Larry Fleisher, general counsel and negotiator for the National Basketball Players Association; Larry O&’Brien, the commissioner; and David Stern, who led negotiations for the NBA and would be named the commissioner a few months after the salary cap deal was reached. As a result, in 1983 the NBA and its players made a novel settlement. The players gave up infinite pay increases, but they gained a guaranteed piece of the league&’s revenue and free agency to play where they wished—a combination that did not exist before in professional sports but as a result became standard for the NBA, NFL, and NHL as well.The Cap explores in detail not only the high-stakes negotiations in the early 1980s but all the twists and turns through the decades that led the parties to reach a salary cap compromise. It is a compelling story that involves notable players, colorful owners, visionary league and union officials, and a sport trying to solidify a bright future despite a turbulent past and present. This is a story missing from the landscape of basketball history.