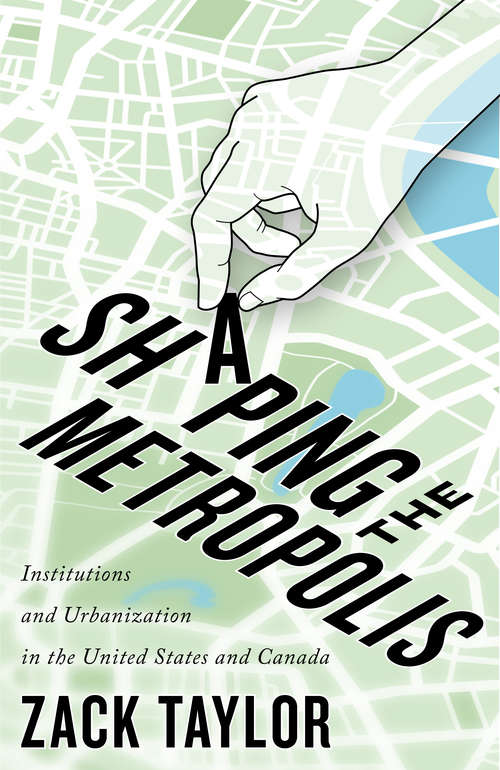 In Shaping the Metropolis Zack Taylor compares the historical development of American and Canadian urban governance, both at the national level and through specific metropolitan case studies. Examining Minneapolis–St Paul and Portland, Oregon, in the United States, and Toronto and Vancouver in Canada, Taylor shows how differences in the structure of governing institutions in American states and Canadian provinces cumulatively produced different forms of urban governance. Arguing that since the nineteenth century American state governments have responded less effectively to rapid urban growth than Canadian provinces, he shows that the concentration of authority in Canadian provincial governments enabled the rapid adoption of coherent urban policies after the Second World War, while dispersed authority in American state governments fostered indecision and catered to parochial interests.

Most contemporary policy problems and their solutions are to be found in cities. Shaping the Metropolis shows that urban governance encompasses far more than local government, and that states and provinces have always played a central role in responding to urban policy challenges and will continue to do so in the future.