A Land of Dreams 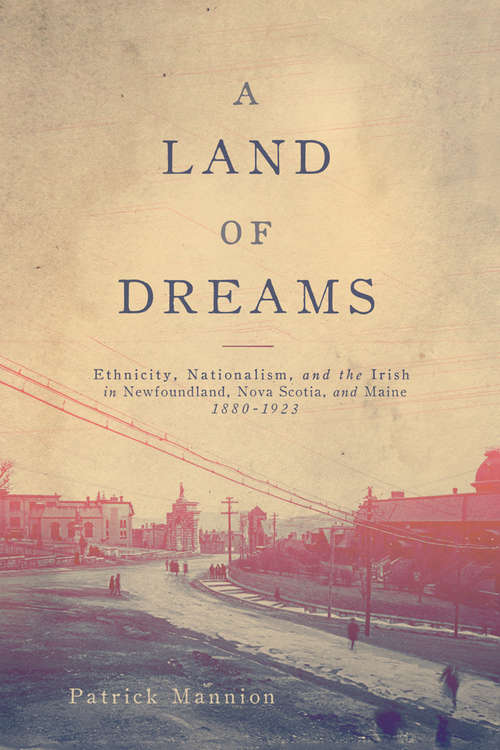 Wherever they settled, immigrants from Ireland and their descendants shaped and reshaped their understanding of being Irish in response to circumstances in both the old and new worlds. In A Land of Dreams, Patrick Mannion analyzes and compares the evolution of Irish identity in three communities on the prow of northeastern North America: St John’s, Newfoundland, Halifax, Nova Scotia, and Portland, Maine, in the late nineteenth and early twentieth centuries.

These three port cities, home to diverse Irish populations in different stages of development and in different national contexts, provide a fascinating setting for a study of intergenerational ethnicity. Mannion traces how Irishness could, at certain points, form the basis of a strong, cohesive identity among Catholics of Irish descent, while at other times it faded into the background. Although there was a consistent, often romantic gaze across the Atlantic to the old land, many of the organizations that helped mediate large-scale public engagement with the affairs of Ireland – especially Irish nationalist associations – spread from further west on the North American mainland. Irish ethnicity did not, therefore, develop in isolation, but rather as a result of a complex interplay of local, regional, national, and transnational networks.

This volume shows that despite a growing generational distance, Ireland remained “a land of dreams” for many immigrants and their descendants. They were connected to a transnational Irish diaspora well into the twentieth century.