I Am the New Black 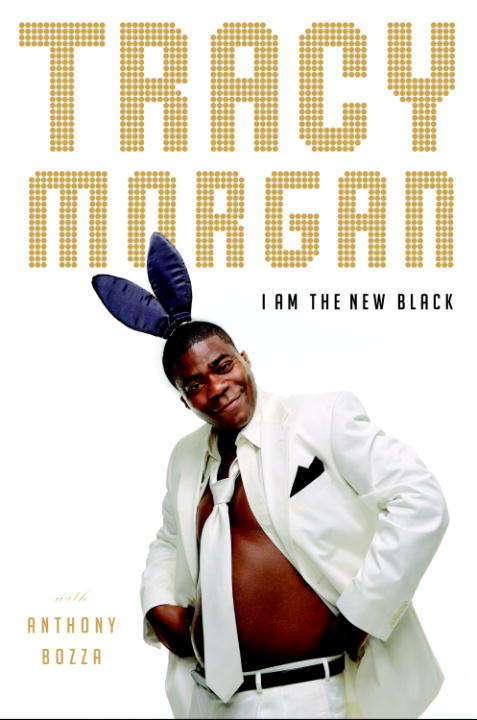 The outrageously funny, heartbreaking, and surprising story of Tracy Morgan's rise from ghetto wiseass to superstar comedian. Who is Tracy Morgan? The wildly unpredictable funnyman who rocketed to fame on Saturday Night Live? The Emmy-nominated actor behind the sly and ingenious character Tracy Jordan on the award-winning hit sitcom 30 Rock, whose turbulent personal life often mirrors that of his fictional alter ego? Is he Chico Divine, the life of the party--any party, anytime, anywhere--getting ladies pregnant everywhere he goes? Or is he a soulful, tender family man who emerged from a hardscrabble ghetto upbringing and, against all odds, achieved superstardom, raised a solid family, prevailed over a collection of lethal bad habits, and is still ascending new heights and coming into his own? The answer is: Tracy Morgan is all that. And a bag of potato chips with a 50 cent; soda. When he was just a boy living in the Tompkins Projects in Bed-Stuy, Brooklyn, being funny was about survival. With the right snap, Tracy could shut down the playground bullies who picked on him and his physically disabled older brother. And with a wild enough prank, he could exact revenge on whoever stole his Pumas at the community pool. Later, being funny was about escape--from the untouchable sadness of his father's death, from the desperation of the drug dealer's trade, from the life-and-death battles waged on the streets of the South Bronx in the age of crack. But these days being funny is about living his dream--a dream born in the comedy clubs of Harlem and realized on shows like Martin and Saturday Night Live, where he was a cast member for seven years, and in movies like The Longest Yard and Half-Baked. With brutal honesty and his trademark take-no-prisoners humor, Tracy tells the story of his rise to fame, with all its highs and its many lows--from the very public battles with alcohol and diabetes that threatened both his career and his life to the private and poignant end of his twenty-year marriage. In his singularly warped and brilliant way he muses on family, love, sex, race, politics, ambition, and what it takes to bring the funny. Hilarious, inspiring, searing, and touching, I Am the New Black is a fascinating peek inside the minds of one of the most compelling and defining comedians of our time. From the Hardcover edition.