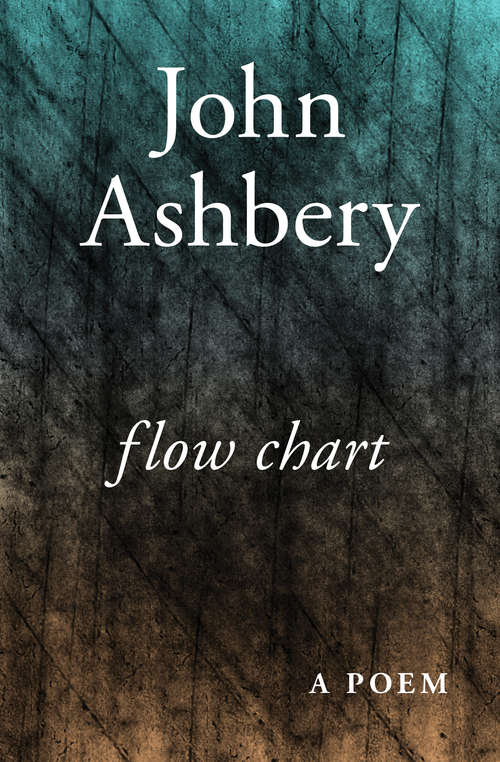 A quintessentially American epic poem that rewrites all the rules of epic poetry--starting with the one that says epic poetry can't be about the writing of epic poetry itselfThe appearance of Flow Chart in 1991 marked the kickoff of a remarkably prolific period in John Ashbery's long career, a decade during which he published seven all-new books of poetry as well as a collected series of lectures on poetic form and practice. So it comes as no surprise that this book-length poem--one of the longest ever written by an American poet--reads like a rocket launch: charged, propulsive, mesmerizing, a series of careful explosions that, together, create a radical forward motion. It's been said that Flow Chart was written in response to a dare of sorts: Artist and friend Trevor Winkfield suggested that Ashbery write a poem of exactly one hundred pages, a challenge that Ashbery took up with plans to complete the poem in one hundred days. But the celebrated work that ultimately emerged from its squared-off origin story was one that the poet himself called "a continuum, a diary." In six connected, constantly surprising movements of free verse--with the famous "sunflower" double sestina thrown in, just to reinforce the poem's own multivarious logic--Ashbery's poem maps a path through modern American consciousness with all its attendant noise, clamor, and signal: "Words, however, are not the culprit. They are at worst a placebo, / leading nowhere (though nowhere, it must be added, can sometimes be a cozy / place, preferable in many cases to somewhere)."