Out Of My Mind 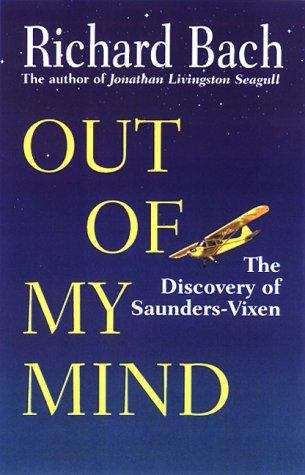 In his new novel, Out of My Mind, Bach takes off on an adventure across the boundaries of ordinary time and into the vast realm of creativity and imagination. The journey begins as Bach puzzles over design modifications for his airplane, a Piper Cub. Perfect designssimple and practicalseem to come to him from nowhere. But when a design appears one day, along with a fleeting glimpse of an intriguing woman, he sets out to discover the source of his visions. The search leads to a startling destination: a parallel universe, where a British airplane manufacturer, Saunders-

There Bach meets Derek Hawthorne, his guide through. Saunders-Vixen and the new world just unfolding. And there he meets a young aircraft designer named Laura Bristol.

Out of My Mind is an invitation to discover for ourselves a universe of astonishing possibilities.