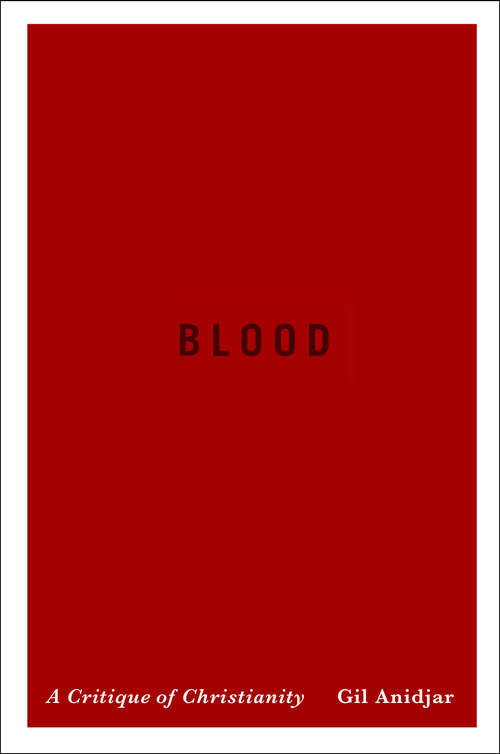 Blood, according to Gil Anidjar, maps the singular history of Christianity. As a category for historical analysis, blood can be seen through its literal and metaphorical uses as determining, sometimes even defining Western culture, politics, and social practices and their wide-ranging incarnations in nationalism, capitalism, and law.Engaging with a variety of sources, Anidjar explores the presence and the absence, the making and unmaking of blood in philosophy and medicine, law and literature, and economic and political thought from ancient Greece to medieval Spain, from the Bible to Shakespeare and Melville. The prevalence of blood in the social, juridical, and political organization of the modern West signals that we do not live in a secular age into which religion could return. Flowing across multiple boundaries, infusing them with violent precepts that we must address, blood undoes the presumed oppositions between religion and politics, economy and theology, and kinship and race. It demonstrates that what we think of as modern is in fact imbued with Christianity. Christianity, Blood fiercely argues, must be reconsidered beyond the boundaries of religion alone.