The Routledge Companion to Indigenous Repatriation 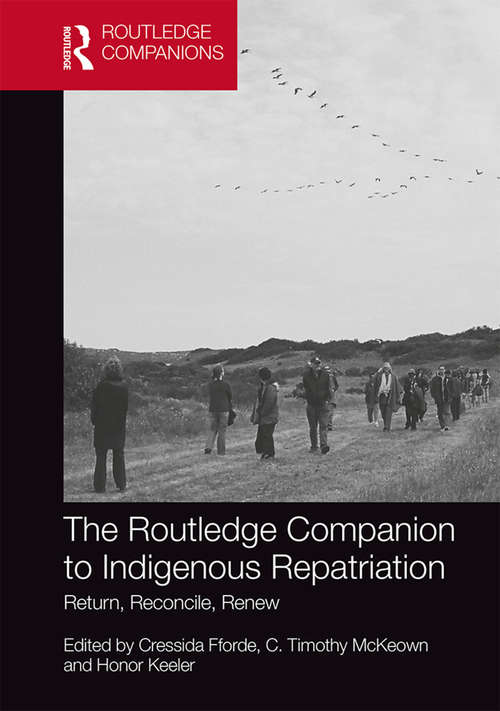 This volume brings together Indigenous and non-Indigenous repatriation practitioners and researchers to provide the reader with an international overview of the removal and return of Ancestral Remains.

The Ancestral Remains of Indigenous peoples are today housed in museums and other collecting institutions globally. They were taken from anywhere the deceased can be found, and their removal occurred within a context of deep power imbalance within a colonial project that had a lasting effect on Indigenous peoples worldwide. Through the efforts of First Nations campaigners, many have returned home. However, a large number are still retained. In many countries, the repatriation issue has driven a profound change in the relationship between Indigenous peoples and collecting institutions. It has enabled significant steps towards resetting this relationship from one constrained by colonisation to one that seeks a more just, dignified and truthful basis for interaction. The history of repatriation is one of Indigenous perseverance and success. The authors of this book contribute major new work and explore new facets of this global movement. They reflect on nearly 40 years of repatriation, its meaning and value, impact and effect.

This book is an invaluable contribution to repatriation practice and research, providing a wealth of new knowledge to readers with interests in Indigenous histories, self-determination and the relationship between collecting institutions and Indigenous peoples.