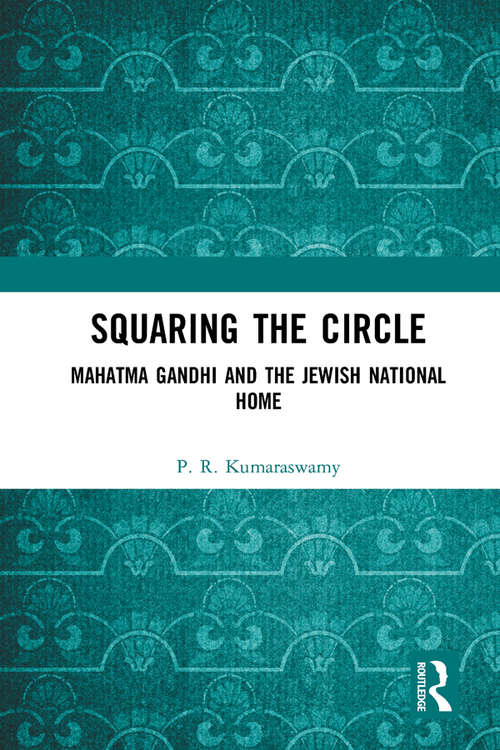 The centrality of the book is Gandhi's disposition and orientation towards the idea of Jewish homeland. When it comes to Jews, Jewish nationalism and their aspirations in Palestine, even Mahatma Gandhi was not infallible. His abiding empathy for the Jews was negated by his limited understanding of Judaism and Jewish history. His perception of the Palestine issue and his support for the Arabs was rooted in the domestic Indian context. The conventional understanding that Gandhi was ‘consistently’ opposed to Zionism and the Jewish aspirations for a national home in Palestine does not correspond with his later remarks. While demanding Jewish non-violence both against Hitler and in Palestine, Mahatma was prepared to understand, the ‘excesses’ of the Arabs who were facing ‘overwhelming odds.’ His position on the domestic situation largely influenced his stand viz-à-viz Palestine and hence his demand for Jews to abandon their collaboration with imperialism and follow the path of negotiation should be read within the Indian context. So long as India pursued a recognition-without-relations policy toward Israel, one could rest on Gandhi’s shoulders and adopt a self-righteous attitude. However, can one rely on the Gandhian paradigm to explain India’s new-found bonhomie toward Israel without sounding selective, hypocritical or both?

The primary focus of this book is the explication of political constraints and oversensitivity towards the religious minority for political gains, which shaped Gandhi's notion about the Jewish homeland. The author has conducted an empirical survey of the political, religious and strategic constraints behind Gandhi's idea of the Jewish homeland that in common parlance is seen as an ardent disapproval of Zionism by Gandhi.

Please note: This title is co-published with KW Publishers, New Delhi. Taylor & Francis does not sell or distribute the Hardback in India, Pakistan, Nepal, Bhutan, Bangladesh and Sri Lanka