The Rain in Portugal 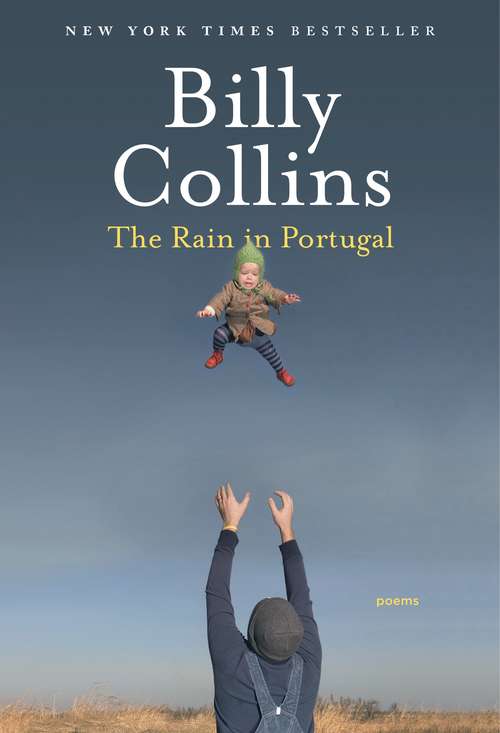 From former U.S. Poet Laureate Billy Collins comes a twelfth collection of poetry offering nearly fifty new poems that showcase the generosity, wit, and imaginative play that prompted The Wall Street Journal to call him "America's favorite poet." The Rain in Portugal--a title that admits he's not much of a rhymer--sheds Collins's ironic light on such subjects as travel and art, cats and dogs, loneliness and love, beauty and death. His tones range from the whimsical--"the dogs of Minneapolis . . . / have no idea they're in Minneapolis"--to the elegiac in a reaction to the death of Seamus Heaney. A student of the everyday, here Collins contemplates a weather vane, a still life painting, the calendar, and a child lost at a beach. His imaginative fabrications have Shakespeare flying comfortably in first class and Keith Richards supporting the globe on his head. By turns entertaining, engaging, and enlightening, The Rain in Portugal amounts to another chorus of poems from one of the most respected and familiar voices in the world of American poetry. On Rhyme It's possible that a stitch in time might save as many as twelve or as few as three, and I have no trouble remembering that September has thirty days. So do June, November, and April. I like a cat wearing a chapeau or a trilby, Little Jack Horner sitting on a sofa, old men who are not from Nantucket, and how life can seem almost unreal when you are gently rowing a boat down a stream. That's why instead of recalling today that it mostly pours in Spain, I am going to picture the rain in Portugal, how it falls on the hillside vineyards, on the surface of the deep harbors where fishing boats are swaying, and in the narrow alleys of the cities where three boys in tee shirts are kicking a soccer ball in the rain, ignoring the window-cries of their mothers.