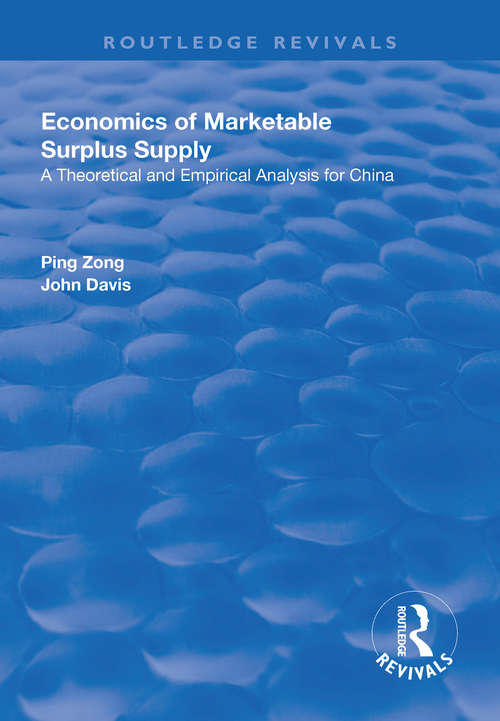 Published in 1998. Chinese farm households have been at the centre of the rural reform process since the introduction of the Household Responsibility System in the late 1970’s. There can be little doubt that, for decades to come, they will continue to be a focus of interest both in academic and political circles. This is particularly true in relation to their role of grain sector, when we consider the prominent position of grain in China’s political economy. There is also intense global interest in the impact of the reform process on the country’s future grain self-sufficiency and trade.

This book is ambitious in both its scope and remit. Its primary focus is the behaviour of the marketable surplus element of farm households’ grain supply since the beginning of the reform period.

The early chapters provide very valuable insights into the nature of the rural reform process; it then looks at the impact of the reforms on the structure of rural economy in general and farm households in particular. This part of the book is rich in statistics on the reform period.

In the analytical section the emphasis is on the difficult area of household modelling, covering both theoretical and empirical aspects. Despite the data limitations, which the authors acknowledge, these chapters provide very valuable analyses of the grain price changes. In particular, their use of models which capture the interdependencies between grain marketable surplus supply is a genuine contribution.

This book should be read by anyone with an interest in the rural reform process in China and will be of particular relevance to students, scholars and the policy community.