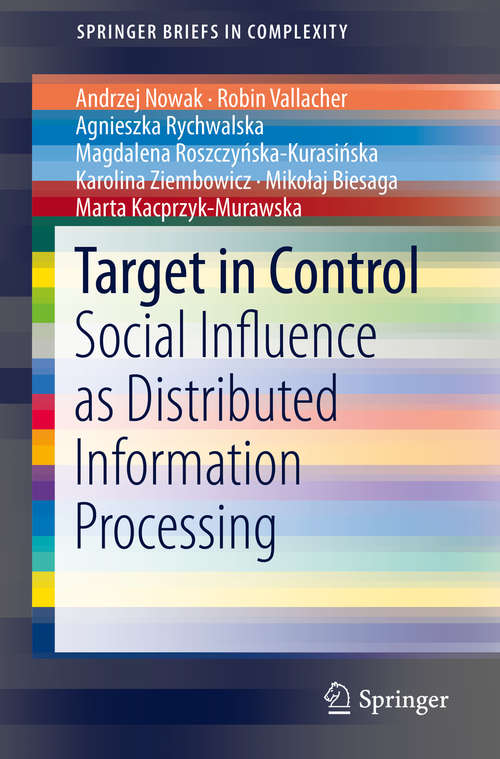 This concise monograph introduces and examines social influence from the perspective of the so-called target, rather than from the source, thus providing for the first time a bidirectional account of this pervasive social phenomenon, further bridging  simple micro-level dyadic interaction rules with macro-level properties of the (social) system. This integrative approach allows for advanced models of influence to be developed in both the social and natural sciences (e.g. social animals). In particular, when used to investigate emergent properties of social change, this approach shows that social transitions occur as “bubbles of new” in the “sea of old.”

While in the traditional view influence is synonymous with achieving power and control over others, the present approach to social influence puts the emphasis on the target’s motives and strategies. Here, the target may actively seek out influence to help forge opinions and achieve guidance regarding courses of action. In this process, the target observes others, models their thought and behavior, and asks for information and opinions. In this broadened perspective, the processes of social influence enables those being influenced (the targets) to use the knowledge and processing capacity of influence sources to maximize their access to information, minimize their processing effort, while optimizing their own functioning and that of the social system in which they evolve. This short text addresses above all scientists interested in social influence in the fields of psychology, sociology, economy, marketing, and biology. However, also researchers interested in modeling social processes, especially opinion dynamics and social change, such as computer scientists, physicists and applied mathematicians will benefit from the insights provided.