The Collected Novels Volume One 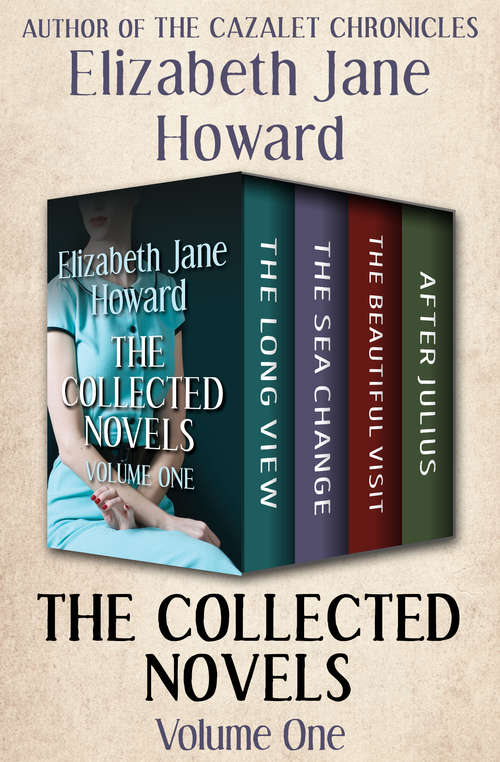 Four beautifully observed novels from the international bestselling author of the Cazalet Chronicles and a “compelling storyteller” (The Guardian). Best-known for the five novels that comprise her million-selling Cazalet Chronicles, which was made into a BBC television series, British novelist Elizabeth Jane Howard wrote about upper middle-class English life in the twentieth century with a “poetic eye” and “penetrating sanity” (Martin Amis). Her highly acclaimed literary fiction is “shrewd and accurate in human observation, with a fine ear for dialogue and an evident pleasure in the English language and landscape” (The Guardian). Collected here are four of her finest novels, including her award-winning debut, The Beautiful Visit. The Long View: This revealing portrait of a marriage is told in reverse chronological order, from a dinner party in 1950 to the first fateful meeting of Antonia and Conrad Fleming in 1926, poignantly capturing a long relationship with its moments of joy and intimacy, loneliness and heartbreak, and longing and regret for the roads not taken. “A beautifully written and richly perceptive novel.” —The Daily Telegraph The Sea Change: Famous playwright Emmanuel Joyce and his fragile, embittered wife, Lillian, have never gotten over the death of their baby daughter. As if running from their own grief, they travel from city to city, accompanied by Emmanuel’s hero-worshipping manager, Jimmy. But when Alberta Young, a clergyman’s daughter, is hired as their new secretary, she will transform all their lives. “Howard . . . conveys volumes with tiny, brilliant touches.” —The Sunday Times The Beautiful Visit: Winner of the John Llewellyn Memorial Rhys Prize, Howard’s debut novel brilliantly captures the coming-of-age hopes and yearnings of an adolescent English girl at the time of the First World War, whose mesmerizing visit to a country estate when she’s sixteen colors how she views the events of her life before and after the experience. “Distinctive, self-assured and remarkably sensual.” —The Guardian After Julius: Twenty years after the death of a war hero at Dunkirk, the lingering influence of the loss on his widow, Esme; his two daughters; and the young poet Esme fell in love with all converge over the course of one revelatory weekend. “The tone is emancipated, the touch is expert.” —Kirkus Reviews