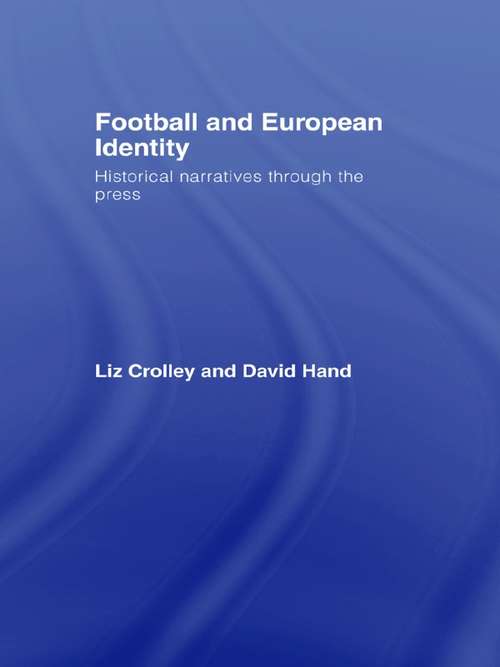 Shifting European identities, cultural loyalties and divisions are often expressed more directly through attitudes to 'the people's game' game than in any other arena.

This book examines European football journalism from throughout the last century to present a unique cross-cultural analysis of changing European national and regional identities.

Building on detailed research into original language sources from across Western Europe, from the early 20th century to the present day, Football and European Identity traces this fascinating evolution.

The resulting cross-cultural analysis of national identity in Europe provides the basis for a unique study of the interplay between football, society, politics and the print media, in three parts:

Part 2: Nations within a State examines the status of Corsican, Catalonian and Basque identities

Part 3: New (Football) Worlds explores the response of Europe’s presses to the emergence of Africa, South East Asia and the USA as major forces in world football