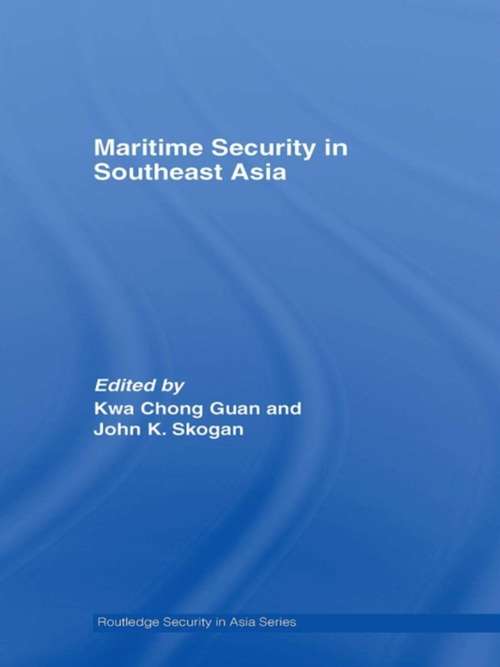 This book confronts both the maritime security challenges and responses. In Southeast Asia, maritime security has, over the last twenty years, taken on a much greater importance, due to the Law of the Sea convention, which has resulted in a 200 nautical mile Exclusive Economic Zones (EEZs).

As well as traditional security threats to maritime security, there has also emerged a range of non-traditional threat, such as those emanating from piracy and international terrorism that spill over into the maritime domain. Events such as September 11th, and the designation of Southeast Asia as a 'second front' in the war against terrorism, have resulted in the growing realization that multilateral security cooperation is required in order to better manage emerging security threats.

Expert contributors to this book identify the nature of the maritime security problem and critically evaluate the various responses with an eye to improving the management of prevailing and emerging security threats. This book will be an invaluable resource to academics, policy analysts, legislators and students interested in security issues in Southeast Asia.