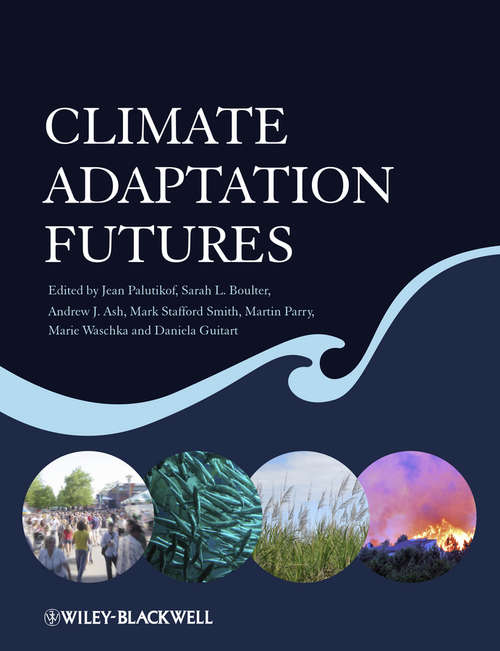 Adaptation is the poor cousin of the climate change challenge - the glamour of international debate is around global mitigation agreements, while the bottom-up activities of adaptation, carried out in community halls and local government offices, are often overlooked. Yet, as international forums fail to deliver reductions in greenhouse gas emissions, the world is realising that effective adaptation will be essential across all sectors to deal with the unavoidable impacts of climate change. The need to understand how to adapt effectively, and to develop appropriate adaptation options and actions, is becoming increasingly urgent. This book reports the current state of knowledge on climate change adaptation, and seeks to expose and debate key issues in adaptation research and practice. It is framed around a number of critical areas of adaptation theory and practice, including: Advances in adaptation thinking, Enabling frameworks and policy for adaptation, Engaging and communicating with practitioners, Key challenges in adaptation and development, Management of natural systems and agriculture under climate change, Ensuring water security under a changing climate, Urban infrastructure and livelihoods, and The nexus between extremes, disaster management and adaptation. It includes contributions from many of the leading thinkers and practitioners in adaptation today. The book is based on key contributions from the First International Conference on Climate Change Adaptation ‘Climate Adaptation Futures’, held on the Gold Coast, Australia, in June 2010. That three-day meeting of over 1000 researchers and practitioners in adaptation from 50 countries was the first of its kind. Readership: The book is essential reading for a wide range of individuals involved in climate change adaptation, including: Researchers, Communication specialists, Decision-makers and policy makers (e.g. government staff, local council staff), On-ground adaptation practitioners (e.g. aid agencies, government workers, NGOs), Postgraduate and graduate students, and Consultants.