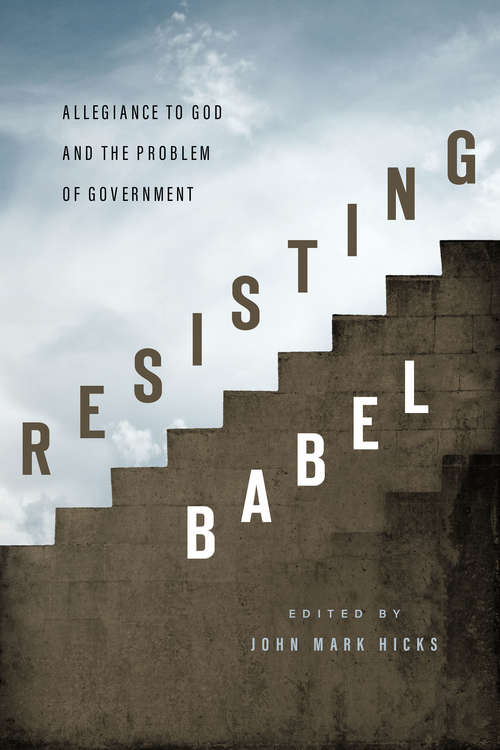 If the kingdom of God demands exclusive allegiance, how do followers of Jesus engage with a world shaped by political power?After the trauma of the Civil War, David Lipscomb, a Nashville farmer and church leader, advocated for allegiance solely in the kingdom of God rather than in human governments. Resisting Babel tells the story of Lipscomb’s compelling, coherent, and eschatologically grounded vision, which fostered deep and significant religious reform in the United States and led to missionary zeal across the globe. That vision articulated a way forward for Christianity amidst the world powers, though it was later subverted by those powers, both by its own implicit assumptions from within and the overwhelming forces of Babel without. What happened among Churches of Christ during that time serves as a case study and parable of both possibility and warning for the modern church.In this new book, Hicks has assembled the leading voices on David Lipscomb. Contributors include:• Richard T. Hughes, Scholar in Residence at Lipscomb University, is the leading historian of Churches of Christ and has authored the standard work on its history.• Richard Goode, professor of history at Lipscomb University, has written about and practiced Pilgrim political theology, which is indebted in part to David Lipscomb.• Lee C. Camp, professor of theology at Lipscomb University, is a leading ethicist among Churches of Christ.• Joshua Ward Jeffery, AP History teacher at the Orme School in Mayer, AZ, is a leading historian of the relationship between pacifism, the church, and World War I.