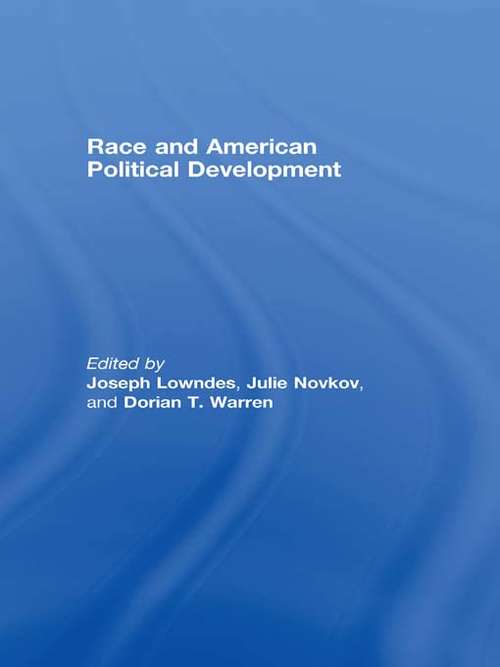 Race has been present at every critical moment in American political development, shaping political institutions, political discourse, public policy, and its denizens’ political identities. But because of the nature of race—its evolving and dynamic status as a structure of inequality, a political organizing principle, an ideology, and a system of power—we must study the politics of race historically, institutionally, and discursively.