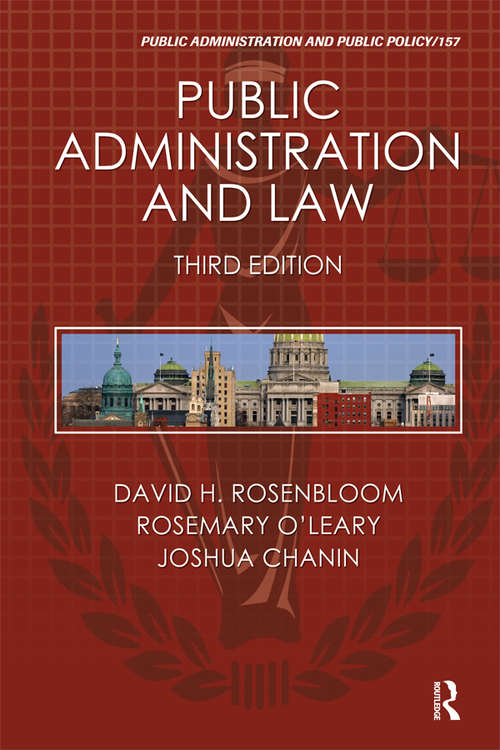 Since the first edition of Public Administration and Law was published in 1983, it has retained its unique status of being the only book in the field of public administration that analyzes how constitutional law regulates and informs the way administrators interact with each other and the public. Examining First, Fourth, Fifth, Eighth, and Fourteenth Amendment rights as they pertain to these encounters, it explains how public administrators must do their jobs and how administrative systems must operate in order to comply with constitutional law.

Explores the conflicts between laws

The book begins by presenting a historical account of the way constitutional and administrative law have incrementally "retrofitted" public agencies into the nation’s constitutional design. It examines the federal judiciary’s impact on federal administration and the effect of the nation’s myriad environmental laws on public administration. Next, it focuses on the role of the individual as a client and customer of public agencies. In a discussion of the Fourth Amendment, it examines street-level encounters between citizens and law enforcement agents. Responding to the rise of the new public management (NPM), it also adds, for the first time in this edition, a chapter that analyzes the rights of the individual not only as a government employee but also as a government contractor.

The final chapters of the book address issues concerning the rights of inmates in administrative institutions and balancing the need to protect individual rights with the ability of agencies to function effectively. Supplemented with case citations and lists of articles, books, and documents, this text is designed to facilitate further study in a constantly evolving area.