The Politics of Gender 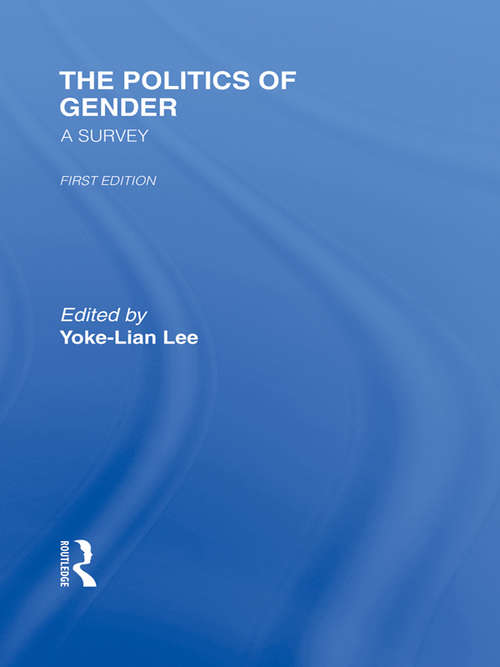 This new title in the Politics of . . . series addresses the major theme of the politics of gender. Chapters on a variety of issues, contributed by experts in the field of gender, include Human Trafficking and EU Law, Gender in International Relations, the Gender Politics of Philosphy/Political Theory, the Construction of Masculinity in Hollywood Movies, the Politics of Law, and the Politics of Mainstreaming Gender in the Peace and Security Agenda of the African Union.