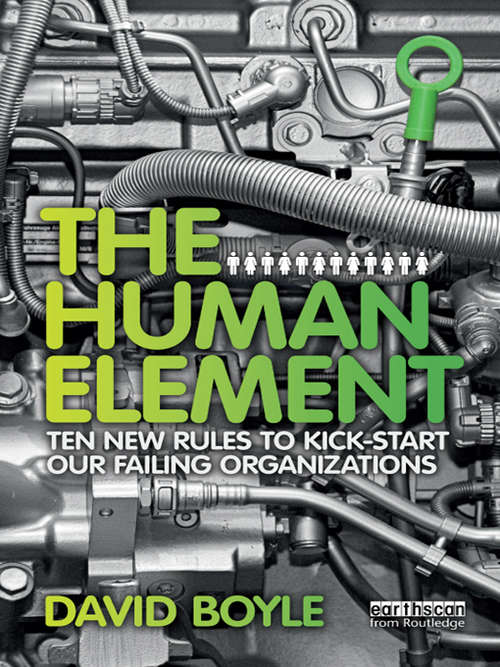 Despite some of the most sophisticated computer systems known to mankind, modern life can be infuriating – and it's getting worse. But there is a growing suspicion that, despite all the investment in IT and organization we have seen, we live with the same old problems we always have done.

Why are we still addicted to oil and petrol despite the disastrous consequences? Why, three generations after the Beveridge Report, are his Five Giants – Want, Disease, Idleness, Ignorance and Squalor – still so much with us? Why did teenage pregnancies go up despite the UK government spending up to £100 million over a decade to prevent them? Why do so few of the public clocks tell the right time or train lavatories have water in their taps?

There is a growing understanding, not that people are infallible, or that they are endlessly trustworthy and benevolent – but they are nonetheless what makes change possible. This book uses this idea to set out the Ten New Rules for organizations, reveals where they are working already – with the latest developments in ideas like system thinking and co-production. It explains the future in terms of the People Principle: If you employ imaginative and effective people, especially on the frontline, and give them the freedom to innovate, they will succeed. If you don't, they will fail.