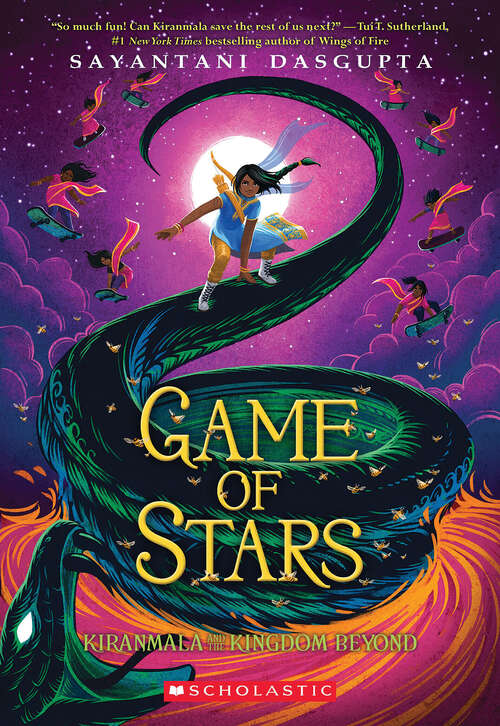 Saving the multiverse is no game When the Demon Queen shows up in her bedroom, smelling of acid and surrounded by evil-looking bees, twelve-year-old Kiranmala is uninterested.

After all, it's been weeks since she last heard from her friends in the Kingdom Beyond, the alternate dimension where she was born as an Indian princess.

But after a call to action over an interdimensional television station and a visit with some all-seeing birds, Kiran decides that she has to once again return to her homeland, where society is fraying, a terrible game show reigns supreme, and friends and foes alike are in danger. Everyone is running scared or imprisoned following the enactment of sudden and unfair rules of law.

However, things are a lot less clear than the last time she was in the Kingdom Beyond. Kiran must once again solve riddles and battle her evil Serpent King father -- all while figuring out who her true friends are, and what it really means to be a hero.