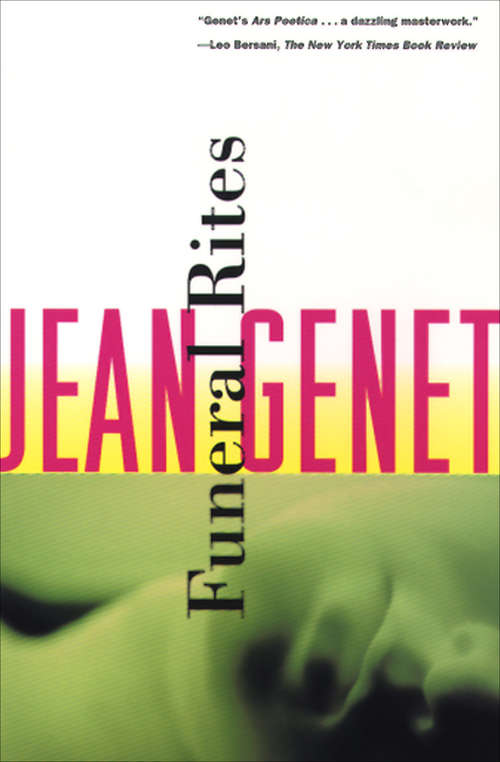 “A dazzling masterwork” of sex, death, love, and suffering in WWII Vichy France by the infamous novelist and author of Our Lady of the Flowers (Leo Bersani, The New York Times Book Review).One of the great literary outlaws of the 20th century, Jean Genet was committed to challenging the complacent middle-class morality of his native France. His apocalyptic, pornographic, autobiographical novel “Funeral Rites is quite possibly an evil book. It is clearly a brilliant book…a seminal document in the development of one of the most important literary imaginations of our time” (The Washington Post-Times Herald).Genet’s sensual and brutal portrait of World War II France unfolds between the poles of his grief for his lover Jean, killed in the Resistance during the liberation of Paris, and his perverse attraction to the collaborator Riton. Within this anguished account of a conflicted mind, Genet paints a grotesque carnival of soldiers, traitors, lovers, criminals, and the grimly surreal landscape of Occupied France. Elegiac, macabre, chimerical, it is a dark meditation on the mirror images of love and hate, sex and death.“Only a handful of twentieth-century writers, such as Kafka and Proust, have as important, as authoritative, as irrevocable a voice and style.” –Susan Sontag