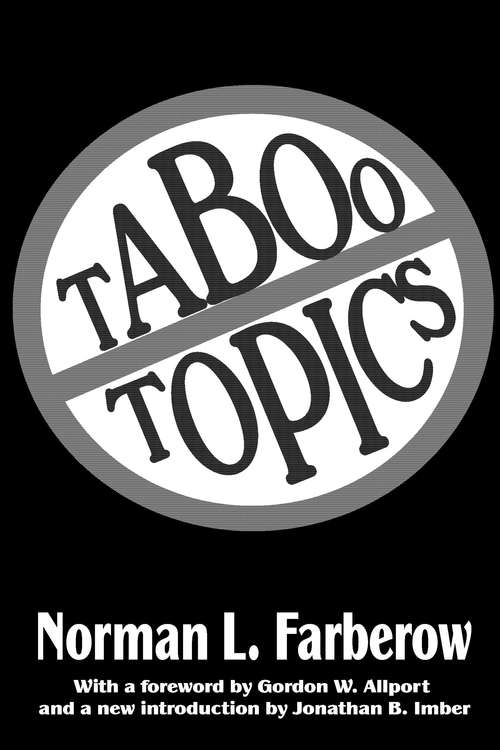 Why is it so hard to investigate taboo topics? A myriad of forces shape and fashion human action, reaction, thought, and feeling, and these are not always well understood. Norman L. Farberow argues that culture itself provides structure for its members, developing in a well-defined way the rules to which they will conform. Such rules find expression not only in written laws and regulations but include, and most often stem from, unwritten folkways, customs, and especially taboos, the subject of this book.The researchers reporting in this volume take no position on the nature of a taboo itself, but concentrate on the difficulty in investigating taboos. As members of society and human beings, they do make judgments and personal investments. Thus, when taboos continue or develop without useful society-enriching functions or facilitate self-destructive activities, they raise questions about why they persist.Such topics include many areas‘some social, such as sex, death, and peace; others more academic, such as parapsychology, graphology, religion, and hypnosis. Peace and the public are included in the discussion because they are emotion-laden areas and powerful and important factors in a shrinking world and expanding universe. Peace, especially, has begun to be looked upon with suspicion perhaps a real commentary on our times. This probing collection will be sure to interest sociologists, anthropologists, and all other social scientists.