Lacan and the Formulae of Sexuation 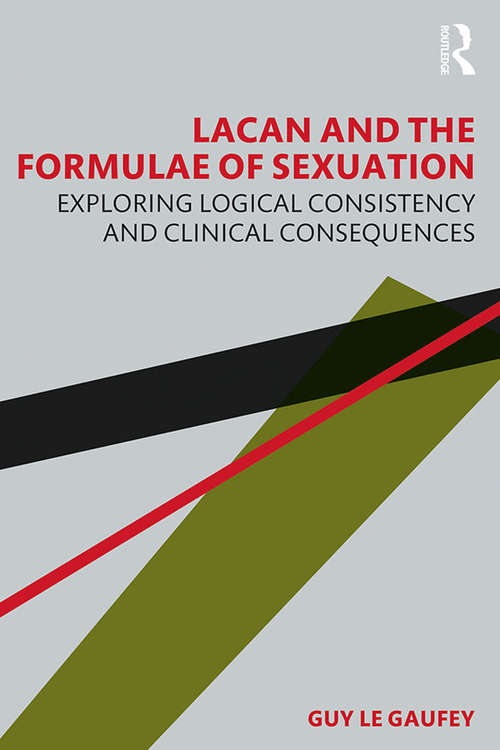 Lacan and the Formulae of Sexuation provides the first critical reading of Lacan’s formulae of sexuation, examining both their logical consistency and clinical consequences. Are there two different entities named Man and Woman, separated by the gulf of sexual difference? Or is it better to conceive of this difference as something purely relative, each human being situated on a sort of continuum from more or less 'man' to more or less 'woman'?

Sigmund Freud established the strange way through which sexuality determines being human: his concept of drive was no longer the heteronormative sexual instinct used by the psychiatrists of his time. With his provocative formula according to which 'there is no sexual relationship', Lacan has reinforced this perspective, combining logic and sexuality through the invention of a new operator, the concept 'not all', which points to a form of incompleteness at stake in his 'formulae of sexuation'. This book examines how these formulae have been constructed, and how we should read them in connection with, on one hand, their own logical consistency (a logical square different from Aristotelian tradition) and, on the other hand, a 'part object' in a very different sense to Melanie Klein’s. The book also investigates the underlying logic of clinical vignettes, so much in favour in psychoanalytical literature today.

The book represents essential reading for Lacanian psychoanalysts, as well as researchers at the cross-section of psychoanalysis, philosophy, and gender studies.

Copyright:
2020 Guy Le Gaufey. The right of Guy Le Gaufey be identified as the author has been asserted in accordance with sections