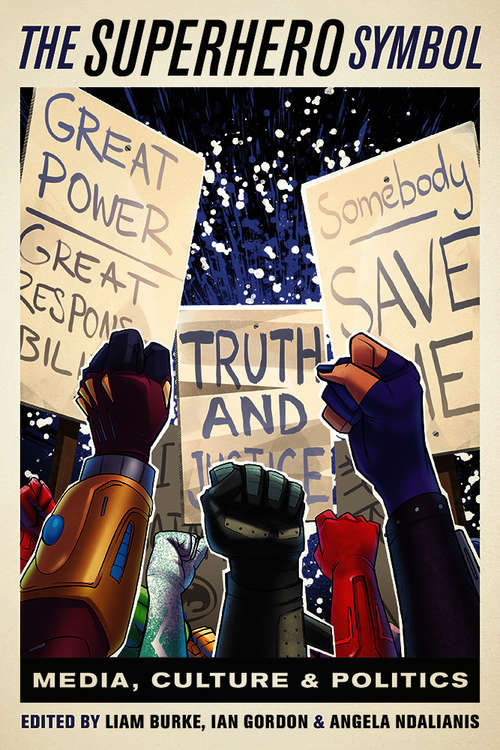 “As a man, I'm flesh and blood, I can be ignored, I can be destroyed; but as a symbol... as a symbol I can be incorruptible, I can be everlasting”. In the 2005 reboot of the Batman film franchise, Batman Begins, Bruce Wayne articulates how the figure of the superhero can serve as a transcendent icon.

It is hard to imagine a time when superheroes have been more pervasive in our culture. Today, superheroes are intellectual property jealously guarded by media conglomerates, icons co-opted by grassroots groups as a four-color rebuttal to social inequities, masks people wear to more confidently walk convention floors and city streets, and bulletproof banners that embody regional and national identities. From activism to cosplay, this collection unmasks the symbolic function of superheroes.

Bringing together superhero scholars from a range of disciplines, alongside key industry figures such as Harley Quinn co-creator Paul Dini, The Superhero Symbol provides fresh perspectives on how characters like Captain America, Iron Man, and Wonder Woman have engaged with media, culture, and politics, to become the “everlasting” symbols to which a young Bruce Wayne once aspired.