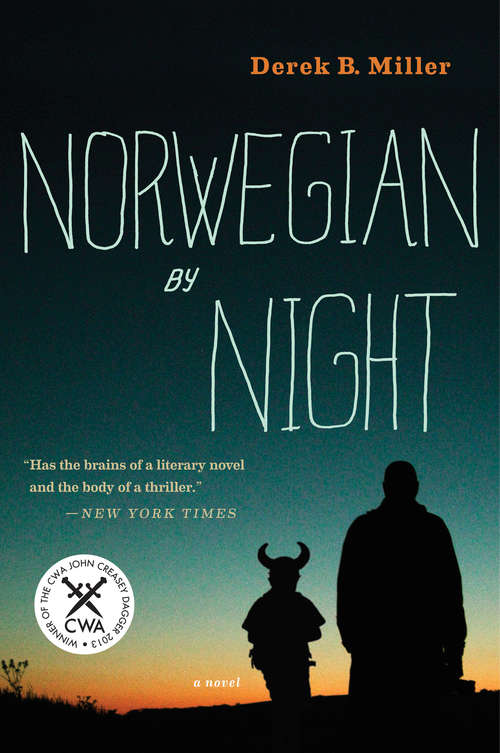 Crime Writers Association John Creasey Dagger Award winner An ECONOMIST TOP FICTION TITLE OF THE YEARA FINANCIAL TIMES BEST BOOK OF THE YEARA GUARDIAN BEST CRIME AND THRILLER OF THE YEARA KIRKUS REVIEWS BEST CRIME NOVEL OF THE YEAR"A soulful, humane, and sparklingly funny novel. Spend some time with Sheldon and company in the Scandinavian wilderness and you just might make peace with your god, your ghosts, and yourself." -- Gary Shteyngart, author of Super Sad True Love StorySheldon Horowitz--widowed, impatient, impertinent--has grudgingly agreed to leave New York and move in with his granddaughter, Rhea, and her new husband, Lars, in Norway--a country of blue and ice with one thousand Jews, not one of them a former Marine sniper in the Korean War turned watch repairman. Not until now, anyway.Home alone one morning, Sheldon witnesses a dispute between the woman who lives upstairs and an aggressive stranger. When events turn dire, Sheldon seizes and shields the neighbor's young son from the violence, and they flee the scene. As Sheldon and the boy look for a safe haven in an alien world, past and present weave together, forcing them ever forward to a wrenching moment of truth."This is one of the best books of the season, of any genre." -- Buffalo News"Miller joins the ranks of Stieg Larsson, Henning Mankell, and Jo Nesbø, the holy trinity of Scandinavian crime novelists." -- Booklist (starred review)AN INDIE NEXT SELECTION