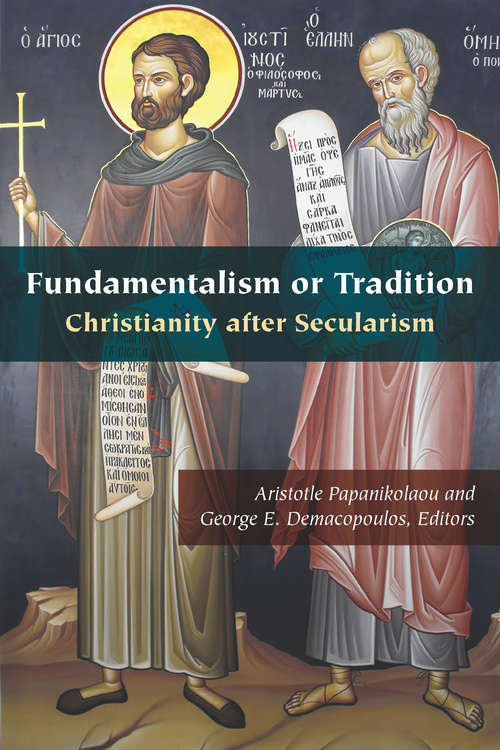 Traditional, secular, and fundamentalist—all three categories are contested, yet in their contestation they shape our sensibilities and are mutually implicated, the one with the others. This interplay brings to the foreground more than ever the question of what it means to think and live as Tradition. The Orthodox theologians of the twentieth century, in particular, have emphasized Tradition not as a dead letter but as a living presence of the Holy Spirit. But how can we discern Tradition as living discernment from fundamentalism? What does it mean to live in Tradition when surrounded by something like the “secular”? These essays interrogate these mutual implications, beginning from the understanding that whatever secular or fundamentalist may mean, they are not Tradition, which is historical, particularistic, in motion, ambiguous and pluralistic, but simultaneously not relativistic.Contributors: R. Scott Appleby, Nikolaos Asproulis, Brandon Gallaher, Paul J. Griffiths, Vigen Guroian, Dellas Oliver Herbel, Edith M. Humphrey, Slavica Jakelić, Nadieszda Kizenko, Wendy Mayer, Brenna Moore, Graham Ward, Darlene Fozard Weaver