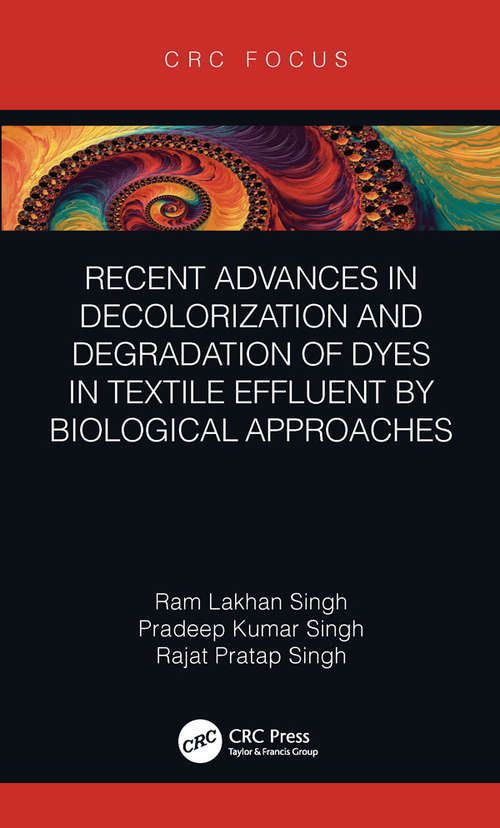 Recent Advances in Decolorization and Degradation of Dyes in Textile Effluent by Biological Approaches outlines various eco-friendly, cost effective methods for removal of toxic textile dyes. Large amounts of dye are unbound and released into the environment due to inefficient dyeing processes. The release of wastewater containing dye into the environment has several adverse effects as it is toxic, mutagenic and has other undesirable effects on living organisms. Hence, it is necessary to remove these dyes from industrial effluents to have a sustainable environment. This book deals with conventional as well as advanced effective treatment methods for the removal of dyes in order to increase the domain knowledge of readers.