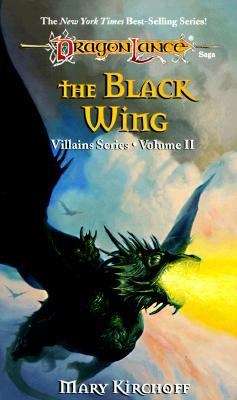 One score and six years before confronting the Companions in Xak

Tsaroth, the black dragon Khisanth is awakened from a centuries-long

The world she had known as a young wyrm is gone, irrevocably changed by

the Cataclysm. Now fully grown, she has much to learn about being a

Her lessons are hard, learned at the hands of two achingly beautiful

creatures who entrust her to save their race; an aging evil dragon who

resents Khisanth's innate power; and the only man she considers her

equal, one she would honor by carrying him into battle... if only he

were not her sworn enemy.

Dark Queen's army, Khisanth realizes her true devotion to evil and is

rewarded with a destiny handed down by Takhisis herself.

dynamics of dragon life from the unique perspective of the most

powerful and magical creatures on the world of Krynn.