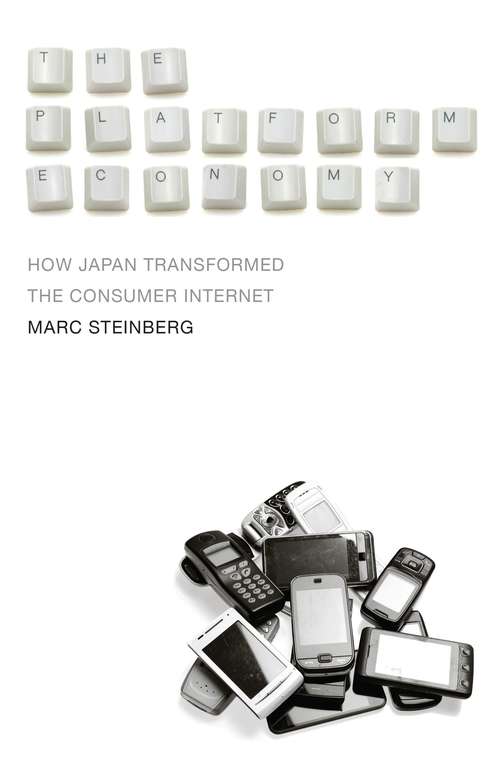 Offering a deeper understanding of today’s internet media and the management theory behind itPlatforms are everywhere. From social media to chat, streaming, credit cards, and even bookstores, it seems like almost everything can be described as a platform. In The Platform Economy, Marc Steinberg argues that the “platformization” of capitalism has transformed everything, and it is imperative that we have a historically precise, robust understanding of this widespread concept. Taking Japan as the key site for global platformization, Steinberg delves into that nation’s unique technological and managerial trajectory, in the process systematically examining every facet of the elusive word platform. Among the untold stories revealed here is that of the 1999 iPhone precursor, the i-mode: the world’s first widespread mobile internet platform, which became a blueprint for Apple and Google’s later dominance of the mobile market. Steinberg also charts the rise of social gaming giants GREE and Mobage, chat tools KakaoTalk, WeChat, and LINE, and video streaming site Niconico Video, as well as the development of platform theory in Japan, as part of a wider transformation of managerial theory to account for platforms as mediators of cultural life. Analyzing platforms’ immense impact on contemporary media such as video streaming, music, and gaming, The Platform Economy fills in neglected parts of the platform story. In narrating the rise and fall of Japanese platforms, and the enduring legacy of Japanese platform theory, this book sheds light on contemporary tech titans like Facebook, Google, Apple, and Netflix, and their platform-mediated transformation of contemporary life—it is essential reading for anyone wanting to understand what capitalism is today and where it is headed.