Olfaction in Animal Behaviour and Welfare 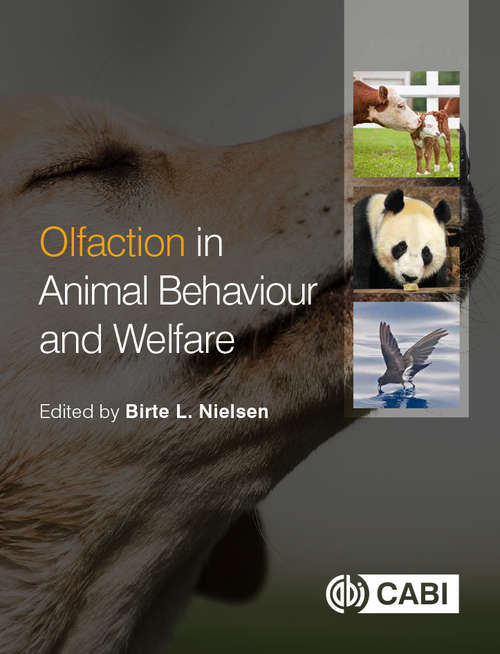 Evidence-based, yet entirely practical, this important new text builds upon the basics of neuroscience to describe the links between olfaction and animal behaviour, and the effects of odours in animal welfare. Animals use smells in a multitude of ways: to orientate themselves, to create social bonds, to recognise food, to initiate reproduction, and to avoid predators and imminent threats such as fire.

Starting from the scientific basis of olfaction and odour perception, the book covers pheromones and behavioural tests, before describing the role of olfaction in feeding behaviour, reproduction, disease detection, and animal housing. The book:

· is written in an evidence-based way, yet with an easy-to-understand style, making it accessible to non-experts

· is illustrated by in-depth research examples of many different species

This is a captivating introduction to the world of smells, suitable for advanced students, researchers, and teachers of applied ethology, animal welfare and veterinary science.