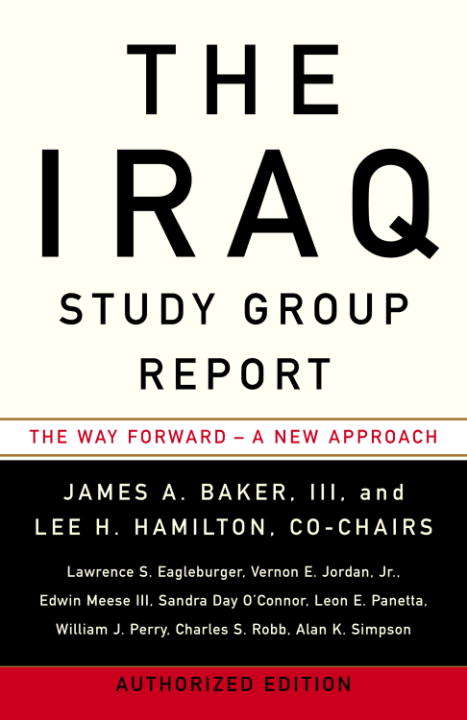 On March 15, 2006, members from both parties in Congress supported the creation of the bipartisan Iraq Study Group to review the situation on the ground and propose strategies for the way forward. For more than eight months, the Study Group met with military officers, regional experts, academics, journalists, and high-level government officials from America and abroad. Participants included George W. Bush and members of his cabinet; Bill Clinton; Jalal Talaba Nouri Kamal al-Maliki; Generals John Abizaid, George Casey, and Anthony Zin Colin Powell; Thomas Friedman; George Packer; and many others. This official edition contains the Group's findings and proposals for improving security, strengthening the new government, rebuilding the economy and infrastructure, and maintaining stability in the region. It is a highly anticipated and essential step forward for Iraq, America, and the world. A PORTION OF THE PROCEEDS FROM THE PURCHASE OF THIS BOOK WILL BE DONATED TO THE NATIONAL MILITARY FAMILY ASSOCIATION, WHICH SUPPORTS FAMILIES OF ALL RANKS AND SERVICES, INCLUDING THOSE OF THE DEPLOYED, WOUNDED, AND FALLEN.