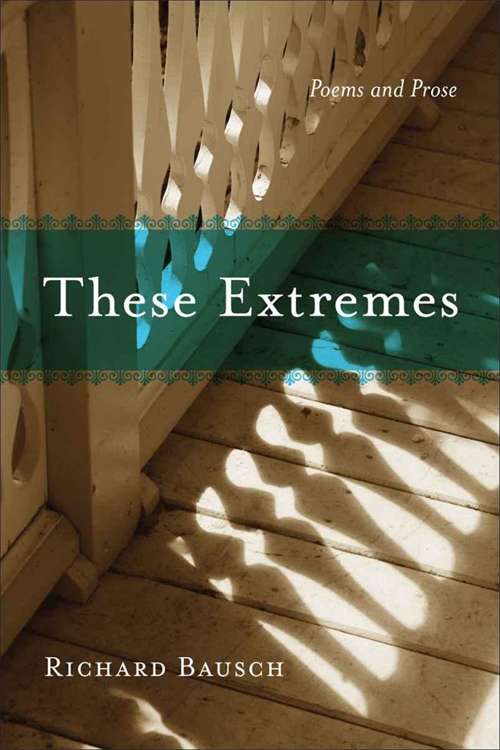 In his first collection of poetry and prose, award-winning fiction writer Richard Bausch proves that he is also an accomplished poet. Penned over a span of many years, the poems in These Extremes deal with a wide variety of subjects. Many focus on Bausch’s own family and relationships. In one long, touching poem, “Barbara (1943–1974),” the poet memorializes his oldest sister, who died young. He also offers two prose memory pieces, recollections from his childhood and adolescence. In these brief “essays,” Bausch draws loving but unsentimental portraits of his father, mother, and other relatives as he reflects on the sense of belonging that he gained from his family—something he hopes to pass on to his own children in this violent, chaotic world.

In “Back Stories,” the center of the book, Bausch effortlessly weaves poems around familiar characters from history, literature, movies, and popular culture—including Thomas Jefferson, Shakespeare’s Falstaff, Nurse Ratched from One Flew Over the Cuckoo’s Nest, and Sam, the piano player from Casablanca. Decidedly accessible in form, theme, and expression, These Extremes will surprise and delight lovers of poetry and fans of Bausch’s stories and novels.