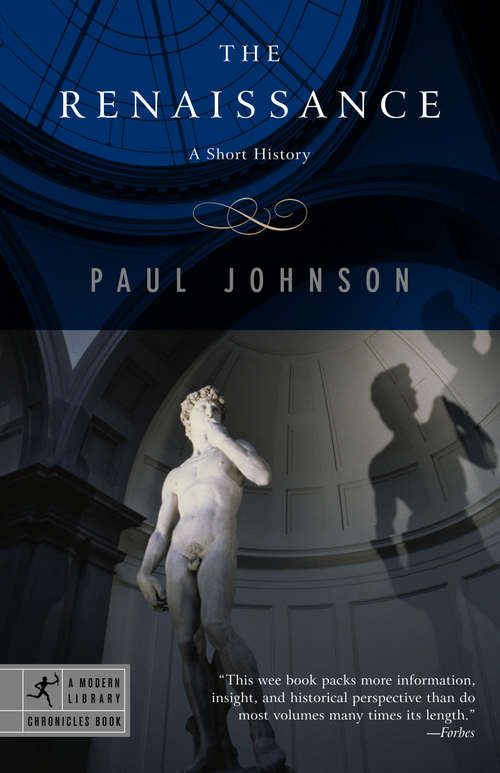 The development of the first universities from the 12th century onwards, growing wealth and patronage in certain cities, and above all the invention of printing and cheap paper, provided essential conditions for the Renaissance. And it was in literature and scholarship that it began, in humanism, individualism and scepticism and the rebirth of classical culture that loosened the Church's iron grip on visual art - Dante, Boccaccio, Petrarch, even Chaucer playing an important role. Paul Johnson tells the story, in turn, of Renaissance literature, sculpture, building and painting. Despite the critical importance of inventions outside Italy - printing in Germany and oil painting in Holland - he locates the Renaissance firmly in Italy and in Florence above all, between 1400 and 1560. He stresses the cultural enthusiasm of the city-state rulers such as the Medici in Florence, the Visconti and Sforza in Milan, Montefeltro in Urbino, the Gonzaga in Mantua and, not least, the Papacy in Rome. There are memorable sketches of the key figures - the frugal and shockingly original Donatello, the intensely competitive Verrochio, the awesome Michelangelo, the delicacy of Giovanni Bellini, the disorganised Leonardo, the affable and reliable Raphael. The final part of the book charts the spread and decline of the Renaissance, as the Catholic Church repositioned itself to counter the Reformation which the Renaissance had itself helped to produce.