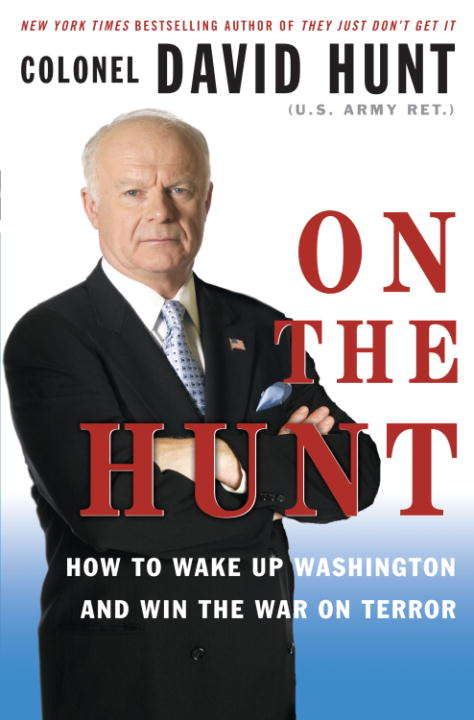 So says Fox News military analyst Colonel David Hunt in a book that cuts like a buzz saw through the half-measures and half-truths, the dangerous timidity, and the outright stupidity that--if left unchecked--will lead America to lose the War on Terror. In the hard-hitting On the Hunt, Colonel Hunt draws on his twenty-nine years of active military service and his high-level military and intelligence contacts to give an inside perspective on this global struggle, setting him far apart from the usual pundits and talking heads. Here he presents fifty pages of previously unpublished documents that reveal the chillingly detailed plans of the terrorists and insurgents who target Americans, as well as U.S. tactics to stop our enemies.From the Department of Homeland Security ("Get rid of it. Scrap it.") to military leaders who have almost zero combat experience to risk-averse, politically correct strategic decision-making, Colonel Hunt pinpoints dire problems that need to be fixed before it's too late (which it nearly is). Offering real solutions that most politicians and pundits are too timid to talk about, On the Hunt lays out specific steps to:* Win the war in Iraq by changing the way we fight--by taking the gloves off and, in doing so, honoring the sacrifices our soldiers are making* Deal with Iran, North Korea, and other dangerous threats * Solve the illegal immigration crisis and keep America's enemies from breaching our borders (both of them)* Make our towns and cities more secure--not by looking to the federal bureaucracy but by taking responsibility ourselves* Protect the liberties of American citizens at home* Ensure that our soldiers are trained and equipped to fight today's and tomorrow's warsAs Colonel Hunt's millions of viewers on Fox News and all the readers of his bestselling book They Just Don't Get It will expect, he pulls no punches while incisively analyzing a war unlike any other. In On the Hunt, Colonel Hunt reveals exactly how high the stakes really are in the War on Terror. He condemns failed policies and the people who made them (and, yes, he names names). And most important, he clearly identifies the strategies, tactics, and qualities of leadership that we must bring to bear to ensure the survival of the proud and free nation we love.From the Hardcover edition.