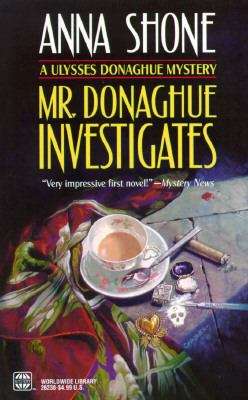 Private Investigator Ulysses Finnegan Donaghue believes profoundly in three things - in God, in the phenomenal astuteness of Shakespeare's observation of

human nature, and in the power of intuition. He nurses a fourth belief - that the human brain is cleverer than most of its bearers believe it to be...that

it might possibly be almost as clever as God's own. Inspector Donaghue's vacation in the South of France is cut short when the notorious Hollywood film

director Thelonius Kapp is found dead during the opening weekend of the exclusive spiritual retreat he helped build at the abbey in St. Pierre la Croix.

Although the death looks like suicide, Theo's dying words, a quote from Twelfth Night, lead Ulysses to believe that it was actually murder.